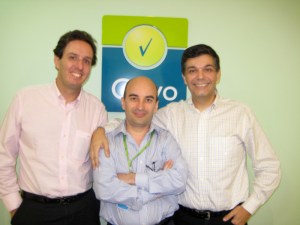 Brazil is sort of a strange country to throw into the “emerging market” category. It’s not a particularly young country like India or Israel, nor is it a country like China or Russia that embraced capitalism fairly recently. Brazil is as old as the US and has had a decently built out infrastructure of things like roads and phone lines for some time.

Yes, it’s a growing country with a young and stabilizing democracy that has a long way to go in terms of technology, modernization and bridging a quality of life between very wealthy and very poor. In that sense, it shares enough in common with emerging markets that Wall Street, at least, tosses it in the “BRIC” bucket. Indeed, Wall Street has had a way bigger crush on Brazil to date than Silicon Valley.
That seems to have had two effects on the startup scene in Sao Paulo. The first is that there’s a good deal of innovation in the finance space. Banks in Brazil had to become advanced, many people told me, because of the runaway inflation that plagued the country for so many years. As opposed to other huge markets like Mexico, China or India that lagged in the adoption of checking accounts and other basic services, in Brazil you had to have your money in the bank, because the value of cash changed so rapidly.  So it’s no surprise more of those there’s-a-better-way spin-offs have come in finance than, say, Web 2.0 or mobile. (There’s a ton in agriculture and other sectors outside the cities too, but more on that in a future post.)
My favorite finance company that I met during my February trip to Brazil is called Crivo, and it left me wondering if that great wave of finance innovation might come from our Southern neighbors, not us.

Crivo has developed a way to do lightning-fast, three-second credit checks. Its servers pull information from a variety of sources, including all the places you’d expect but but also sources like utility records to verify an applicant’s address or ensuring that their phone number doesn’t just go to a payphone. “Even a single piece of information can be useful in detecting fraud,” says Daniel Turnini, one of Crivo’s founders. (Pictured above, on the right, with his co-founders.)

There’s nothing like a FICO score in Brazil so, in the past, credit decisions were made based on negative data and positive data. In other words you are “good” or “bad” in the bank’s eyes. There’s little record for positive data in Brazil, because the wealthiest people don’t want how much they paid for a house or a car in public records. It’s a security issue, Turnini says. That only leaves negative data.

So if there’s no information about you, it’s assumed you’re a good credit risk. But miss one payment and you have a “dirty name,” Turini says. It’s a flawed system. Many good credit risks (indeed I’d bet most people) have missed a payment before, and it’s a huge assumption to make that someone with no credit history would be a good borrower. In recent years there have been banks, insurance companies, and similar institutions vying to cash in on Brazil’s emerging middle class and increasingly wealthy upper classes, but had no real way of knowing how to extend credit.

Sound like great timing? It would have been if Crivo wasn’t started in 1998. Back then, few banks in the US would have been early adopters of something like this, let alone banks in Brazil. (Ok, most banks in the US still wouldn’t be.) Nailing that first customer was near impossible. The founders kept thinking they were on the right track because potential customers would freak out when they saw how quickly the software worked, but they’d never quite pull the trigger on a purchase. Always hoping things would finally click the next year, the founders kept bootstrapping the company. Finally, it did. Toyota’s Brazilian financial arm bought their software and used it to rapidly approve people for loans, beating other car makers who were flooding into the growing market. The company has been on a sharp growth rate for five years now. They did roughly $12 million in revenues last year, and expect that to double in 2010, Turini says. Crivo says it has more than 80 employees and 100 customers today.

There are clear ripple effects if Crivo does well. More people getting credit cards helps grow spending and ecommerce, more small businesses can get loans, and more people who can’t afford to pay in cash can buy houses – to name just a few advantages. We’ve seen the benefits of “greenfield markets” when it comes to innovation in telecom and even physical infrastructure, like roads and trains. Might Brazil be able to come up with some greenfield solutions for finance? It’s easy to see how a FICO score could be improved on and, ahem, really easy to make the argument that way too much credit has been extended in the US in the last ten years. But while we have a system in place, who is going to upend the apple cart and force widespread-adoption of a newer, smarter system? It’s South Korea and telecom all over again.

And there’s another benefit to an emerging market that plays host to lots of finance and consulting multinationals. While countries like Israel and India have gotten a raft of talented coders thanks to US outsourcing, their own startups struggle when it comes to finding locals with sales and management expertise. Those jobs are usually kept in the US or done by transplanted Americans.

And just as Intel, Cisco, Oracle and Google have trained thousands of engineers in emerging markets, so the big consulting, finance and CPG companies are training hundreds of potential managers in Brazil.

Yes, I realize that to many tech entrepreneurs, the idea of a country amassing an army of 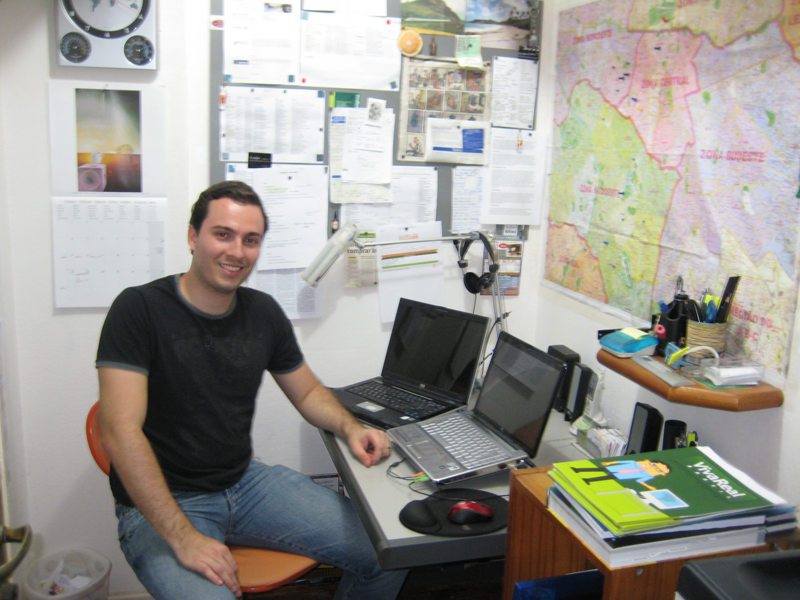 middle managers sounds about as appealing as a resurrection ship of Cylons. But a lot of the most talented local entrepreneurs, managers and even investors I met in Brazil had spun out of a year or two in consulting and finance.

An example was Diego Simon of VivaReal (pictured right, working in his tiny home office), a broad Latin American real estate portal that has increasingly been focusing on Brazil. Neither of the founders are Brazilian – or even live in Brazil – so finding someone like Simon was essential. Entrepreneurs from other South American countries say selling to Brazil as an outsider is harder for them than selling to China. That makes Simon exactly the Droid any company like VivaReal is looking for: He had experience running his family’s business, worked a stint for a multinational but left because he wanted to do something vaguely entrepreneurial – although he didn’t know exactly what. I’ve never been particularly bullish on real estate portals, but if VivaReal does well, it will be in no small part due to Simon criss-crossing Sao Paulo in his Fiat extolling the virtues of online listings under the auspices of a common culture and language.

The problem is—like in China and India—the allure of the multi-national paycheck and prestige is strong in Brazil. The management expertise may be there in greater numbers, but convincing someone to take a gamble on an unproven startup for stock is as hard as it is anywhere in the emerging world.