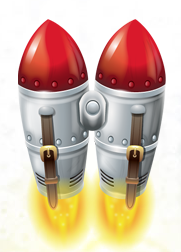 It was only December when Google officially launched extensions for its Chrome browser. Almost immediately, there were 500 extensions in the gallery as many developers had been working on them for a while. Today, Google is saying that number is now past 3,000. And that’s significant because it’s already pretty close to the browser known for its extensions (which it calls “add-ons”), Firefox.

The exact number of add-ons for Firefox is a bit unclear. If you go by the category counts on the add-on site, there are 11,623. But it’s hard to know for sure if there is any overlap between the categories (I couldn’t find any, but I’m not sure there isn’t). More significantly, if you go by Mozilla’s statistic site where they tout their numbers, they claim to only have around 6,000 add-ons. To quote them, “Over 6,000 free, community contributed Add-ons for Firefox – more than for any other browser“. And in case you think this data is out of date, notes other 2010 milestones, such as the launch of Firefox 3.6.

On its add-ons page, Mozilla notes that there have been over 1.8 billion add-ons downloaded and over 170 million in use. But neither of those numbers are the total number of add-ons, just how often they’ve been downloaded in total and the total (including the same ones) currently in use by people. Both of these numbers would blow away the still much smaller Chrome, obviously.

So, depending on what number you go with, Chrome already has either half or one quarter the number of extensions Firefox does — in just a few months. Why? Well, certainly there’s a lot of excitement around Chrome right now, which was just released in beta for Mac and Linux at the end of last year. In fact, certain statistics have it as the only major browser that grew in size last month. But for extensions specifically, the rapid growth is likely due to just how easy they are to make for Chrome and maybe more importantly, submit to the extension gallery.

Mozilla has done a number of posts recently on its Add-ons Blog to talk about the add-on approval process (here’s a good one from last month). Much like Apple App Store, Firefox add-ons much be reviewed and approved before they can go live. Chrome Extensions, on the other hand, go live immediately except for a handful that access things such as files on a users computer (those are flagged to be reviewed). Almost all of the extension developers I’ve talked to prefer Google’s method, and most of them develop for both. The quick rise in number of extensions for Chrome seems to speak to that.

Mozilla is trying to do something about the ease of development too. Its new Jetpack project allows developers to create add-ons using HTML, CSS, and Javascript — exactly how developers create Chrome extensions. So if this method of development catches on, it could help Firefox maintain its extension lead.