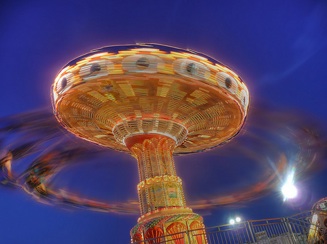 All 10.5 million blogs on WordPress.com, including TechCrunch, just got more realtime. Any blog hosted on WordPress is now PuSH-enabled, meaning that new posts get pushed out to feed readers such as Google Reader the second they are published. There were WordPress plug-ins that did this before, but now WordPress is doing it automatically for all hosted blogs.

PuSH stands for Pubsubhubbub, a realtime protocol designed to speed up RSS which launched at our first Realtime CrunchUp last year. Instead of waiting for your RSS reader to ping the servers for each blog and news site you subscribe to, which can cause a noticeable delay before it actually shows up in your feed reader, it will now be pushed out immediately.

The PuSH protocol does away with the constant polling required by RSS. Another way to speed up RSS is through a different protocol called RSSCloud, which WordPress also supports. There are subtle differences between RSSCloud and PuSH, the most significant being that RSSCloud just notifies your feed reader there is something new, while PuSH actually sends the content with the notification via so-called fat pings.

Google Reader also supports PuSH, so if you use Google Reader, all WordPress blogs will be updated much faster than before. Not that you’d necessarily notice unless you just came from a blog’s site or saw a link on Twitter, Facebook, Buzz or some other stream first. Let us know in comments if you notice any difference to how fast TechCrunch posts appear in Google Reader.