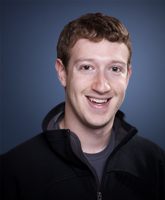 Late last year, we published a list of the top 10 IPO candidates of 2010.  Leading that list was Facebook, which has grown to 400 million users and is finally starting to turn on the revenue pumps as it works toward its inevitable IPO. But this evening, the Wall Street Journal published an article penned by Jessica Vascellaro that may dash the hopes of anyone who thinks that will happen in the immediate future. The lengthy piece, which is well worth reading in its entirety, touches on quite a few issues related to Facebook’s history and its future, and largely revolves around CEO Mark Zuckerberg — who doesn’t sound all that keen to take his company public.

While the article covers a lot of familiar territory about Facebook’s past, there’s plenty of new information too. Of note, the article says that Facebook executives have “discussed how revenues for 2010 could hit between $1.2 to $2 billion” — figures that exceed even the $1.1 billion InsideFacebook’s Eric Eldon reported yesterday (clearly, the number is looking big). The article also asserts that Facebook is working on a tool for sharing your physical location with Facebook (something that we’ve been hearing about for quite a while, and that I believe will be key in the future).

With regard to Facebook’s IPO, the article discusses Zuckerberg’s penchant for “delayed gratification”, which he says he has a special capacity for.  And because Zuckerberg still maintains firm control over the company, and when it will IPO, delayed gratification seems to be the law of the land.

There are also a handful of interesting anecdotes about Zuckerberg. According to the article, a Facebook engineer once wrote an internal memo called “Working With Zuck”, in which he warned other employees not to hope for much in the way of back-patting from their CEO, explaining they should not “expect acknowledgment for your role in moving the discussion forward; getting the product right should be its own reward.”