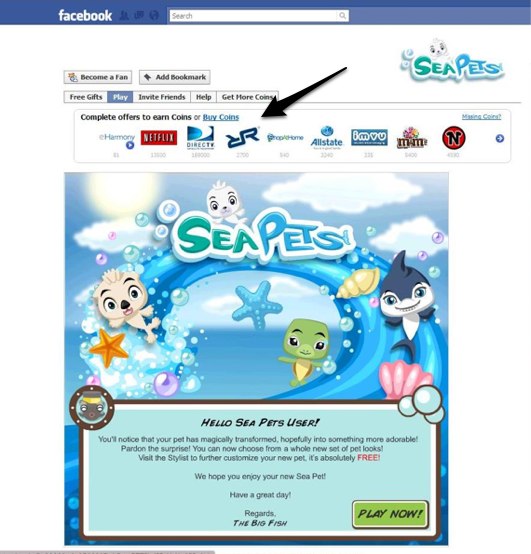 gWallet, a recently launched company that partners with both brands and game developers to bring users virtual currency offers, is launching a new format for offers. Called the Brand Bar, the offers to earn virtual currency appears in a bar across the top of a social game.

gWallet says that the conversion rate of users who choose to pause and leave a game to earn virtual currency is so low, that offers and advertisements need to be engaging. According to the startup, only two to four percent of users choose to pause and leave the game in order to access offers and branded engagements. With the Brand Bar, gWallet says that its offers are places in a way that allows the advertisements to become part of the in-game experience.

The “Brand Bar” is already live on more than a dozen online games, including those developed by Clipwire Games, Zen Gaming Inc., Poolhouse, FooMojo, Bubblefish, Mobscience, and Chat Republic Games. gWallet, which recently raised $10 million in funding, was founded by serial entrepreneur Gurbaksh Chahal. gWallet works directly with brands directly as opposed to adopting an affiliate leads model and uses branded video campaigns to engage with consumers. Disney, Best Buy, K-Mart, Nestle, Coke, and The History Channel are all using gWallet’s video campaigns on social networks, which are powered by Tube Mogul. gWallet also announced an early-stage venture fund to invest in social gaming companies and promote innovation within the social gaming ecosystem. gWallet faces competition from Offerpal and SuperRewards.

Chahal told me that gWallet is seeing steady growth in the U.S. and is now looking to international gaming markets to expand its offers globally. The startup will be opening up offices in Europe later this year and will also announce a partnership with a Chinese gaming company in the near future.