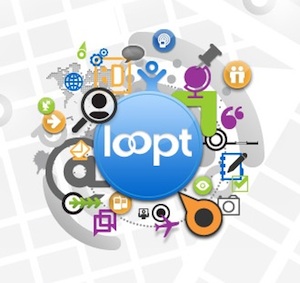 Facebook has been doing background checks, known as due diligence, on the location-based social network Loopt, a source with knowledge of the talks tells us. Generally speaking, due diligence of this kind is only performed when a company is in acquisition or fundraising talks.

There is no indication that Facebook has made an actual offer to buy Loopt at this time, and in fact we don’t even have direct information that negotiations are taking place. But it’s clear that Facebook is at least considering acquiring Loopt, and/or others in this space.

It’s also not clear that Facebook is the only company taking a look at Loopt. Google is also highly interested in the mobile social and location space. Their recent launch of Buzz, which allows check-ins of locations via a mobile device, is just one indication of that.

But Facebook is clearly furthest behind. They have one of the most popular mobile applications but have to date ignored location features and the increasingly popular checking-in at locations via mobile devices. Part of their hesitation is likely due to privacy concerns around disclosing location information, even at the user’s request. But they’ve also clearly just sat on the sidelines as well as the space developed, and recently surged in activity.

It’s time for Facebook to make their move. Jupiter Research recently stated that location based services could generate nearly $13 billion in revenue by 2014. Facebook wants their share of that.

Loopt competitors like Foursquare and Gowalla have the biggest press footprint with mobile location applications, getting lots of attention from the early adopters in Silicon Valley. But Loopt has the most users by far. And they also have longstanding carrier relationships that bring in real revenue.

Loopt was one of the hot location-based networks early on, with founder Sam Altman even getting stage time during the initial App Store unveiling event. But Loopt, like Google’s Latitude, was intially built around the “always-on” idea of location. This is something that hurt it because the iPhone did not allow third-party applications to run in the background. Meanwhile, “check-in” based services like Foursquare and Gowalla grew in popularity. Loopt has since repositioned itself as more of a check-in based service, but despite its large user base, it’s not clear if its users will adapt to this change.

In January, we published a deck Loopt was sending out to potential advertisers pitching them about a new app completely built around the idea of check-in specials. Notably, this app was to be entirely built on top of Facebook’s social graph, utilizing Facebook Connect. This app is an offshoot of GeoGraffiti, a Y Combinator startup that Loopt itself acquired last year.