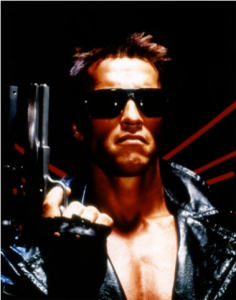 Early termination fees. No one likes them but they can sometimes be a necessary evil. If you become unhappy with your service provider or you are overwhelmed with lust for a new gadget on a different carrier, you pay the price. Carriers say that these termination fees, or ETFs, allow them to subsidize handsets and recover those costs over the course of a contract. Should a contract be broken, a carrier recovers those subsidies with an ETF.

The FCC recently decided something was amiss with ETFs and probed carriers into explaining the rhyme and reason behind the fees. The carriers have finally spoken, albeit a little unconvincingly. Most of you are already familiar with why ETFs exist, but it is interesting to see the canned and obvious responses from the carriers.

AT&T boils it down to choice and it really couldn’t have done a better job of playing Captain Obvious. Customers can either choose a subsidized handset with penalties if a contract is broken, or go pre-paid and pay for a device outright. Of course, the latter option can either limit handset selection or make a huge dent in one’s wallet. Again, it’s a choice consumers have to make.

Sprint says that its customers are thoroughly informed about contract terms and conditions, and that ETFs are a part of the game. The carrier does everything it possibly can to make sure a customer knows what he or she is getting into before, during and after a handset is sold and a contract is signed to make sure the customer is satisfied and happy. Fair enough, and I agree having been a Sprint customer lately. Vonya McCann, senior vice president of government affairs for Sprint, says, “An unsatisfied customer is much more likely to leave Sprint for another carrier.”

After recently doubling its ETF for premier or high-end handsets, Verizon actually had the gall to say that it was doing a favor for its customers. Verizon’s excuse is the same as everyone else’s: subsidies allow customers to purchase otherwise pricey handsets for more manageable costs, and ETFs are put in place in case a deal is broken. But still, does $350 seem fair on top of what a top-tier device usually costs?

Lastly, there is Google, who recently got into the handset sales game with the Nexus One. Google either sells the Nexus One directly to customers, or sells it subsidized through T-Mobile, earning a commission in the process. If the customer bails, Google passes the cost of that lost commission down to the customer.

What this all boils down to is handset subsidies, which are usually recovered via the pricey monthly plans we pay for. If a carrier fronts $300 on a device so we only have to pay $100, and we cancel a contract three months into the deal, the carrier does have a right to recover those costs because it just waved bye-bye to a shiny new handset.