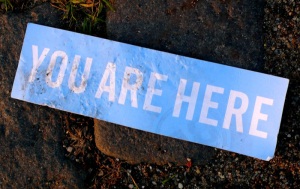 The rapid evolution of mobile phones, both on a hardware and a software level, combined with a surge in application storefront releases, deployments of higher-capacity network infrastructure and recent developments in positioning technologies could drive revenues from mobile location-based services to more than $12.7 billion by 2014, according to a new report published by Juniper Research.

The report found that while MLBS had experienced a number of false dawns from 2000 to 2007, improvements in handset UIs together with easier consumer access to an range of app distribution channels had led to greater interest from service providers in providing mobile location-based applications.

While service usage will be highest in Far East China over the next few years, greatest revenues will come from Western Europe, Juniper forecasts.

Revenues will come from sales of apps through application stores and other channels, but also from mobile advertising tied to those apps. In fact, the Juniper report notes that advertising will likely form an increasing share of MLBS-related revenues over the next five years.

In the words of co-author Dr Windsor Holden:

“Location-based applications are extremely interesting for brands and retailers in that they allow those companies to direct consumers to outlets in their vicinity while simultaneously providing information about the products on offer. When these are allied to measures such as mobile coupons and vouchers, you have the combination of information and financial incentive which can be compelling for consumers.”

This should sound like music in the ears of juggernauts like Google, Facebook and Nokia, as well startups like Foursquare, Gowalla, aka-aki, Loopt, Rummble and a couple of hundred others playing this extremely crowded field.