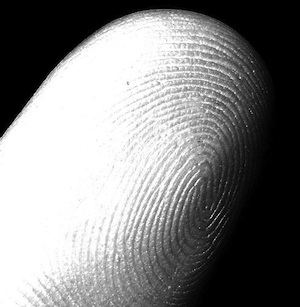 The European Union has opened an antitrust investigation into Google to look into claims made by three European-based Internet companies. Not surprisingly, this key part of the investigation is said to be about search, which is dominated by Google is most of the EU markets. The Telegraph and WSJ have more details.

It’s important to note that this probe is just a preliminary one, and nothing may come of it. But at least three companies have filed complaints against Google — and notably, one of them is owned by Microsoft. And another one is a member of a group that is partially funded by Microsoft.

This is, of course, quite interesting since Microsoft has famously been involved in antitrust investigations for over a decade now in Europe (and previously, of course, the U.S. too). In fact, this whole browser ballot thing is a result of the ongoing EU attempt to make sure Microsoft is playing fairly.

Ciao (which is now called Ciao Bing) is the Microsoft-owned German shopping site making one of the complaints. Microsoft purchased them in 2008 for nearly $500 million. The others are Foundem, a UK-based shopping site, and EJustice.fr, a French site that does legal search inquiries. All three are claiming that Google’s search dominance is hurting their businesses. And Foundem is claiming that Google has placed a “search penalty” on its site, which has crippled it.

Something else interesting, as The Telegraph notes, “Foundem is a member of ICOMP, an internet pressure group which receives funding from Microsoft.”

This could get ugly.

Update: Here’s a post on Google’s Public Policy Blog. Not surprisingly, Google makes quick note of both Ciao and Foundem’s ties to Microsoft.

The European Commission has notified us that it has received complaints from three companies: a UK price comparison site, Foundem, a French legal search engine called ejustice.fr, and Microsoft’s Ciao! from Bing. While we will be providing feedback and additional information on these complaints, we are confident that our business operates in the interests of users and partners, as well as in line with European competition law.

Given that these complaints will generate interest in the media, we wanted to provide some background to them. First, search. Foundem – a member of an organisation called ICOMPwhich is funded partly by Microsoft – argues that our algorithms demote their site in our results because they are a vertical search engine and so a direct competitor to Google. ejustice.fr’s complaint seems to echo these concerns.

We understand how important rankings can be to websites, especially commercial ones, because a higher ranking typically drives higher volumes of traffic. We are also the first to admit that our search is not perfect, but it’s a very hard computer science problem to crack. Imagine having to rank the 272 million possible results for a popular query like the iPod on a 14 by 12 screen computer screen in just a few milliseconds. It’s a challenge we face millions of times each day.

Regarding Ciao!, they were a long-time AdSense partner of Google’s, with whom we always had a good relationship. However, after Microsoft acquired Ciao! in 2008 (renaming it Ciao! from Bing) we started receiving complaints about our standard terms and conditions. They initially took their case to the German competition authority, but it now has been transferred to Brussels.

Though each case raises slightly different issues, the question they ultimately pose is whether Google is doing anything to choke off competition or hurt our users and partners. This is not the case. We always try to listen carefully if someone has a real concern and we work hard to put our users’ interests first and to compete fair and square in the market. We believe our business practices reflect those commitments.