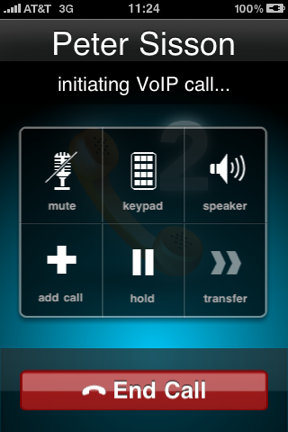 Last September, while the Apple/Google Voice fiasco was still in full swing, an interesting application called Line2 was allowed into the App Store. The application acts as a mix between Google Voice and Skype, allowing small businesses to add a separate, dedicated business line to their iPhones in addition to the phone’s “regular” number. The service also includes features like conference calling, auto-attendant, advanced call management, and more. And today, Line2 is getting an update that makes the app “dual mode”, allowing it to handle both inbound and outbound calls over cellular voice networks, 3G data or WiFi (mostly) seamlessly. You can download the application here.

CEO Peter Sisson says that this is the first iPhone application that lets you use one phone number for both inbound and outbound calls over both WiFi and cellular networks on AT&T. So what does that mean? If you’re one of the millions of iPhone users who has to deal with AT&T’s shoddy network, Line2 can now intelligently receive a call over WiFi when it’s available (you don’t have to manually instruct the app to use WiFi — it will do it automatically). And if you leave your WFi network during the call, the phone can automatically switch to 3G.

Unfortunately, the new feature comes with a caveat: in order to receive an inbound call over WiFi, you’ll have to have the Line2 application open at the time the call comes in. Sisson says that the company is developing a workaround that uses push notifications (you’ll get an alert when someone tries calling you, hit OK, and the app will launch and receive the call over WiFi) but for now I suspect most people will still be getting inbound calls over the cellular network. Still, if you’re using your iPhone for business calls and are sick of dealing with dropped calls, this seems like a great solution. 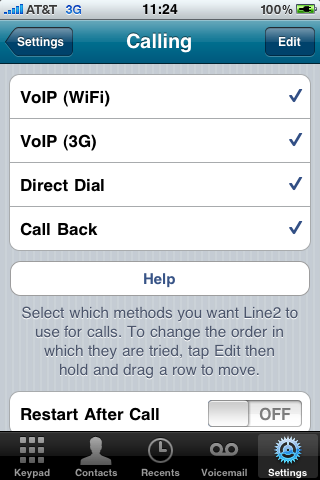