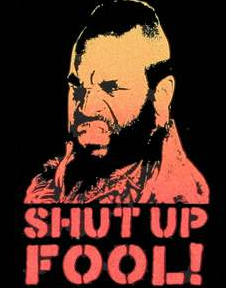 The team behind the hot location-based service Foursquare took the time tonight to write a rare longer post about location privacy. Their basic stance: we take privacy very seriously and understand it. Also, that service Please Rob Me should shut up.

In fact, it seems the entire impetus behind Foursquare’s post was Please Rob Me, the mock service set up in an attempt to show the dangers of tweeting out Foursquare check-ins. We, along with several other sites, covered it yesterday. And while it’s hard to take that site itself seriously, it does raise some interesting points.

Yes, as Foursquare notes and Mat Honan commented on Gawker yesterday, it’s just as likely that a burglar knows your home is going to be empty from 9 to 5 when you’re at work (provided you have a 9 to 5 job, of course). But people also aren’t routinely sending out their home address to thousands of strangers as they might be doing if they have Foursquare hooked up to Twitter. And when you add that on top of all of the other stuff that people send out on Twitter that perhaps they shouldn’t (when mixed with location information, etc), things get interesting.

The point here is: does anyone really think Foursquare alone is going to lead to a rise in break-ins? No (I’m not saying that will never happen, but I don’t see it being an epidemic). The main point, as I saw it, is that tying a closed, symmetric network (Foursquare) to an open, asymmetric one (Twitter) is something that’s potentially troublesome for location-based services. But no one really seems to be talking about it.

What I mean by that is that on Foursquare, just like Facebook, you have to explicitly allow someone to follow you (and you follow them back in return). On Twitter, anyone can follow you without your permission (assuming you have an unlocked account). When you tweet out your Foursquare check-ins (some people even do this automatically), it essentially makes Foursquare an asymmetric network. And believe it or not, some people are doing that without really thinking about it. Or they’re doing it because it’s easier to gain friends/followers on an asymmetric network.

This is an issue that Facebook is undoubtedly thinking about right now as it considers how to enter the location playing field. As I said, right now, the network is largely symmetric, but recent changes are making it more asymmetric. And how they handle location information — with their 400 million+ users is going to be very interesting. And potentially, actually scary.