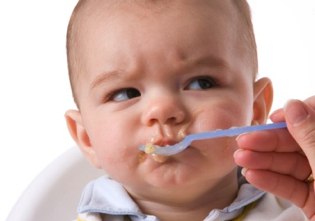 A week ago Google launched Google Buzz. And Google’s 175 million or so wordwide Gmail users (Comscore) suddenly had this new and noisy addition to their beloved inbox.

It’s been a rough week since then. Both for the Google Buzz team, and those 175 million Gmail users.

Google continues to tweak the product almost daily to deal with the incredible backlash. That’s not what this post is about.

Another thing this post isn’t about: the fact that Google was forced to launch the product earlier than they wanted to and didn’t have enough time to test the product properly. I’m sure when the dust settles they’ll talk about the process and where it went wrong, and what they’ll do to avoid a mess like that in the future. They messed up. They know they messed up. It’ll pass (see, for example, every interface and policy change ever pushed by Facebook).

What this post is about is the powerful urge companies often have to shoehorn a new product into an old one. To ease the uphill battle all new products face with getting early traction. It seems so easy to just force feed existing users on the new product. But in every example I can think of, those users tend to vomit that new product right back up.

Some users think they’ve been hit with a bait and switch. Others simply don’t like a big change to what they’re used to. And millions more are just clueless about what’s going on, and they get angry and confused.

In 2006 AOL, fearing the rise of Digg, launched a product that was very similar. Instead of launching it on its own site, though, they simply redirected the Netscape portal to the new product. At the time Netscape.com was generating over 800 million monthly page views. The experiment was a failure, and in 2007 AOL moved the product to it’s own domain, Propeller.com. It turned out that Netscape users for the most part didn’t know about, or care about, Digg. They just wanted their familiar news portal.

In 2008 Yahoo launched their own Digg clone, Yahoo Buzz. It was sort of a stand alone product, but the big hook was that stories could be pushed to the Yahoo home page. Yahoo Buzz is still around (I just checked), but it certainly isn’t an interesting product and has never had high user engagement. Again, it turns out Yahoo users weren’t all that interested in Digg. And Digg users certainly weren’t going to start hanging out over at Yahoo.

Facebook’s Beacon product is another good example. It launched in 2007, and Facebook users were enraged to see their names and pictures being put on “social ads.” Many lawsuits and one heck of a great April Fools joke later, Beacon stands as Facebook’s biggest stumble to date.

On the other hand, if you take the Beacon product idea and start it fresh as a new company, thousands of people flock to join. Everyone knows what they’re signing up to. No one feels screwed over.

Buzz is starting to look like Google’s Beacon moment. Even the Canadians are taking shots at them now.

Google would have been far better off launching Buzz as a standalone application. Make it invite only to start, and every single one of the early adopters would be begging to get it. A couple of weeks later give them an option of adding Buzz to their Gmail flow, and most would probably do it and call Google brilliant for thinking that one up. Then slowly bring other users on board over time, as they hear about it and want in. Fast forward a year from now and tens of millions of people may happily be using Google Buzz in their Gmail.

But the idea of jumpstarting the process and building the Google social graph right now was too tempting to Google, and they pressed too hard. Maybe some other company, seeing the results, will avoid this mistake in the future.