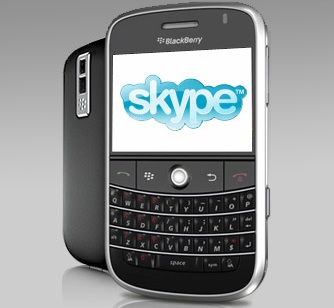 Verizon bowed to the inevitable today and officially embraced Skype on its smartphones, starting with Blackberry and Android devices. Verizon customers will now be able to bypass the outlandish international calling rates on their mobile phones and make free Skype-to-Skype calls or use their much cheaper Skype Out minutes instead. Skype’s text IM will also work on the phones.

VoIP applications like Skype’s have gone from facing resistance from the carriers to a reluctant acceptance. Skype already offers one of the most popular apps on the iPhone, and at least it encourages more data usage, which subscribers do pay for. Skype accounted for 12 percent of all international calling minutes last year, and that number will just keep going up.

Apps like Skype, along with Web browsing and email, will get consumers hooked on bigger and bigger data plans. Verizon wants to sell that data pipe and fill it with the most attractive applications. It might lose out at first as people migrate from making overpriced international calls, but over time building out its recurring data subscription revenues will be a bigger business than international call revenues, which it must share with carriers in other countries and typically are sporadic for most subscribers.

Update: Some more details from Andy Abramson at VoIP Watch. He reports that the Skype calls actually will not go over Verizon’s 3G network, but rather over its regular voice network until they hit a network operations center where they will be transferred over to Skype’s Level 3 backbone. This makes more sense, since a high volume of Skype calls over Verizon’s wireless 3G data network could overwhelm it. By striking this deal, Verizon treats the calls as regular local voice calls before passing them off to Skype. So it is actually saving its data network for other uses. But you’ve got to wonder what kind of deal Skype struck and what, if any, share of Skype Out revenues Verizon will collect for calls originating from Verizon cell phones.