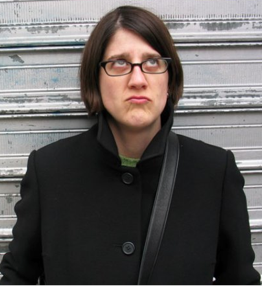 Katie Geminder, MySpace’s SVP of User Experience and Design who was brought on board last summer, is leaving the company at the end of the week. Her departure doesn’t come as a big surprise — Geminder was invited to join the company by recently ousted CEO Owen Van Natta, who had previously worked with her at Amazon and Facebook. While at MySpace Geminder has been reporting to Chief Product Officer Jason Hirschhorn (who was promoted to co-President after Van Natta’s firing).

MySpace confirmed on background that Geminder is transitioning out of her role with the company, and that VP Product Mike Macadaan will be leading the user experience and design teams going forward. Hopefully they’ll be making major changes soon, because MySpace badly needs them (a recent parody video hints that a redesign is under way).

Geminder and Van Natta have had a long working history: they met at Amazon, where Geminder worked from 1999-2005. She then moved to Apple where she worked on the company’s online store. She rejoined Van Natta at Facebook in 2006 as the social network’s Director of User Experience and Design.  After leaving Facebook, she followed Van Natta over to Project Playlist during his short-lived run there as CEO, and then made the jump to MySpace after he got the CEO job at the struggling social network.

We’ll probably be hearing about more departures at MySpace as employees react to (yet another) executive change. Last week, stream architect Monica Keller left the company to join Facebook.