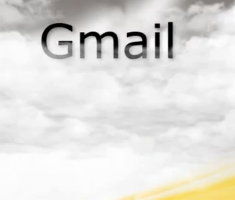 Yesterday, we saw Microsoft shamelessly go after the iPhone with a video which played at Mobile World Congress for its new Windows Phone 7 Series. But it’s not just Apple that Microsoft is taking on with videos, it’s competitors like Google and OpenOffice.org as well.

Microsoft also notes that Google’s offering lacks some standard features customers are used to — like copy & paste. Another key selling point: if you choose to use Google Apps, your formatting may be screwed up when you inevitably have to work with others who are using Microsoft Office. When all else fails, turn to FUD.

Another video sees an actual Microsoft employee comparing Microsoft Outlook with Gmail, again for business. The best part of this one is the ominous gray clouds in the background with “Gmail” written across them. Get it?

Microsoft clearly doesn’t enjoy seeing companies make the switch to Google’s business offerings — and why would they? It’s a very real threat to one of their key profit centers: Office. But using these videos to take on Google are humorous for one reason above all else: they’re all hosted on the Google-owned YouTube.