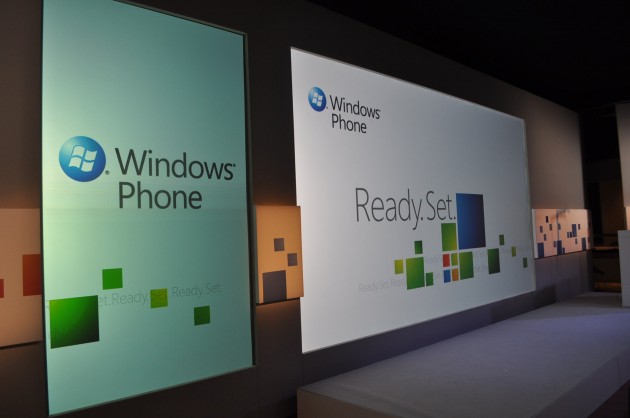 We’re in Barcelona for Mobile World Congress, where Microsoft has at long last pulled back the curtains on the next generation of Windows Mobile. Don’t go calling it “Windows Mobile 7”, though – at least not around Microsoft’s folks, who have officially changed the name of the platform to “Windows Phone”.

There are bound to be more details coming out as Microsoft’s press conference continues, but everything we’ve heard and seen so far indicates that the leap from Windows Mobile 6.5 to Windows Phone was pretty massive. The entire system has been rebuilt from the ground up, with an entirely new interface replacing the one that has gone fundamentally unchanged for ten years. If you’re interested in the finer details, we’ve got a bit more in our early hands-on impressions.

Early hardware partners announced include Dell, Garmin-Asus, LG, Samsung, Sony Ericsson, and HP. While they’re hesitant to give any specific dates, Microsoft says to expect Windows Phone handsets to hit the shelves “in time for the Holiday season of 2010” – which, unless they’re on some sort of crazy, backwards calendar, generally means by the last week in November.

* People. This hub delivers an engaging social experience by bringing together relevant content based on the person, including his or her live feeds from social networks and photos. It also provides a central place from which to post updates to Facebook and Windows Live in one step.
* Pictures. This hub makes it easy to share pictures and video to a social network in one step. Windows Phone 7 Series also brings together a user’s photos by integrating with the Web and PC, making the phone the ideal place to view a person’s entire picture and video collection.
* Games. This hub delivers the first and only official Xbox LIVE experience on a phone, including Xbox LIVE games, Spotlight feed and the ability to see a gamer’s avatar, Achievements and gamer profile. With more than 23 million active members around the world, Xbox LIVE unlocks a world of friends, games and entertainment on Xbox 360, and now also on Windows Phone 7 Series.
* Music + Video. This hub creates an incredible media experience that brings the best of Zune, including content from a user’s PC, online music services and even a built-in FM radio into one simple place that is all about music and video. Users can turn their media experience into a social one with Zune Social on your PC and share their media recommendations with like-minded music lovers. The playback experience is rich and easy to navigate, and immerses the listener in the content.
* Marketplace. This hub allows the user to easily discover and load the phone with certified applications and games.
* Office. This hub brings the familiar experience of the world’s leading productivity software to the Windows phone. With access to Office, OneNote and SharePoint Workspace all in one place, users can easily read, edit and share documents. With the additional power of Outlook Mobile, users stay productive and up to date while on the go.