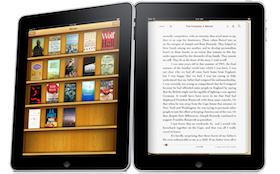 During Apple’s iPad event in January, CEO Steve Jobs announced that Apple now had over 140,000 apps in the App Store (along with over 3 billion downloads). If the numbers by app analytics company Distimo are correct, that number is now past 150,000.

But the App Store is growing so big, so quickly that these milestones alone are hardly noteworthy anymore. But Distimo also offers up some nice data along with the milestone number. For example, of the 150,000 apps, some 75% are paid applications while only 25% are free. This is in stark contrast to the second largest app store, Android Market, where recent data suggests that over 60% of the app there are free.

Something else that’s very interesting is that the highest percentage of apps in the App Store are now paid book applications. In total, there are over 27,000 book apps in the store, and of those 92% are paid apps, according to Distimo’s data. That number bodes very well for Apple’s soon-to-be-released iPad, of which a big selling point will be the new iBooks application. There has been a lot of talk about how the iPad won’t hurt the Kindle because the Amazon device’s e-ink makes reading more enjoyable. And while it’s true that e-ink is easier on your eyes (thank a backlit screen), it seems that iPhone owners simply don’t care — again, great news for the iPad.

In terms of overall app numbers, games still rule, with over 28,000 of them in the store. But a much higher percentage of those are free versus the percentage of free book apps. All told, both games and book are far and away the two most popular categories in the App Store, with entertainment in third with just over 20,000 apps. And the numbers drop quickly from there. Education is the fourth most popular category, but that means only 10,000+ apps. 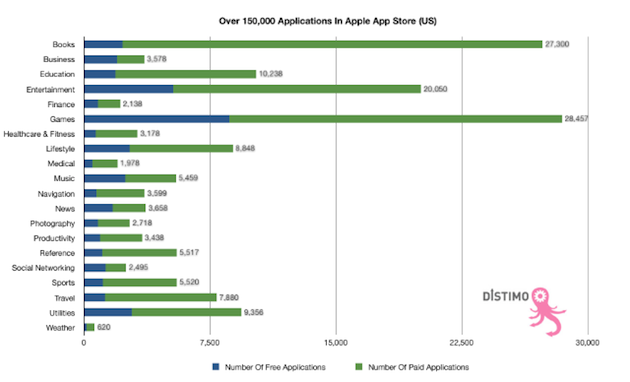