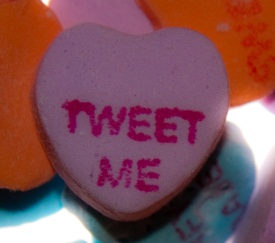 Back in July 2009, Twitter made a big stink about developers using the term “Tweet” in their Twitter apps. For instance, at the time, the Twitter API team contacted a third-party developer—TweetKnot—informing him that it had “grown uncomfortable” about the use of the word “tweet” in the app’s name. Well, that was , before the company effectively secured the trademark with the USPTO (which, notably, it still hasn’t).

Twitter co-founder Biz Stone promptly clarified the situation in a blog post, stating that it has “no intention of ‘going after’ the wonderful applications and services that use the word [tweet] in their name when associated with Twitter.”

However, contrary to that statement, it appears that Twitter is trying to take actions against TweetKnot’s use of the term on, of all places, Facebook. TweetKnot received a message yesterday from Facebook’s User Operations team in response to an infringement notice from Twitter which shows that it is still very much uncomfortable with developers using the term, or at least this particular developer.

This is the e-mail that was sent to developer of the TweetKnot application by the Facebook employee in question:

We have recently received the following email regarding your “TweetKnot” application. As you know, the Facebook Statement of Rights & Responsibilities (“Statement”) prohibits applications that infringe the intellectual property rights of a third party. If your application does contain infringing content, you must remove it immediately.

As you are solely responsible for the operation of your application, we request that you resolve this issue directly with the complaining party [REDACTED]@twitter.com within 48 hours. We reserve all rights in regard to this matter, including all of our rights under the Statement.

The e-mail that was referenced came in the form of an email attachment, and contained the following text:

Name: Brian Sutorius
Company: Twitter, Inc.
Mailing address: 795 Folsom St. Suite 600, San Francisco CA 94103
Phone number: [REDACTED]
Email address: [REDACTED]
Web address (URL) of the application: http://www.facebook.com/apps/application.php?id=87531617948
Description of where the infringing content is located: The application’s name contains “tweet”
Description of developer contact:
I have sent a notice via the “Contact Developer” link on the application’s profile to no response.
Explain which rights are being infringed by each piece of reported content:
The application uses the Twitter marks without permission, causing confusion

The wording leaves little to the imagination: Twitter clearly still considers the term ‘tweet’ in app names an infringement of its trademark, even though that hasn’t been assigned to the company yet, according to USPTO filings.

We’re not sure what to make of this—we’ve contacted the company to see if there has effectively been a change in policy that could affect more third-party developers (TweetDeck, Tweetmeme, Tweetie and others spring to mind) down the line, or if there’s another explanation for this.