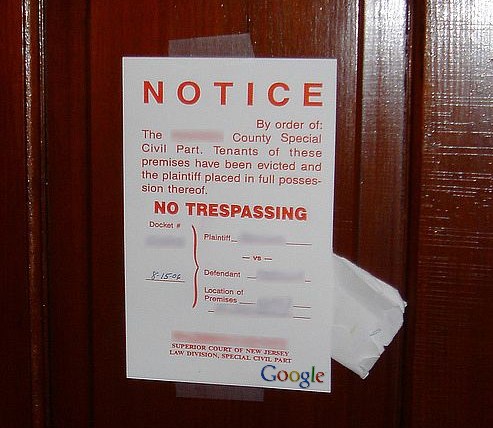 Yesterday, in response to allegations of DMCA violations, several popular music blogs were wiped off the face of the net. They were hosted by Google via Blogger, and it was only after they were completely erased that the owners received emails to the effect of “We got one too many complaints — you’re deleted. Love, Google.” It’s trending around the net as “Musicblogocide 2010,” but that puts too much of it on Google’s lap, I think. After all, it’s the clumsy and outdated DMCA that actually led to the blogs being deleted.

It’s a bit of a sticky wicket, speculating about the legality of these things, but with such a decisive and bold action as the one Google has taken, we can probably reach some conclusions about how it should have gone down. 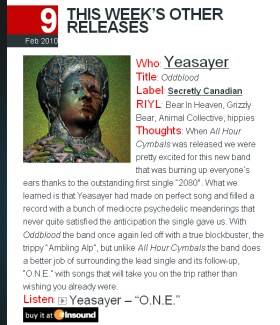 The sites in question were, of course, walking the line in terms of legality. MP3 blogs are scary to the music industry, because they represent such a challenge to the established promotional and sales flow. This is not the place for a whole argument about fair use, but I think most of what these blogs did would fall under that definition, woolly as it is. They hosted MP3s of artists they were discussing or promoting, but not whole albums. One of the bloggers notes that “everything I’ve posted for, let’s say, the past two years, has either been provided by a promotional company, came directly from the record label, or came directly from the artist.” I used to have an MP3 blog myself, and never received anything but thanks from the artists I tried to promote. So what happened here?

Well, Google is probably limited in what they can discuss publicly, but chances are that these blogs were fingered by some overzealous lawyers using the same sort of technique to catch copyright offenders as commercial fishermen use to catch tuna. These lawyers likely did a little searching for their clients’ names and properties, found a few MP3s, and then added the domains and any related domains to a list. They then filed DMCA violation paperwork against everyone on the list. How could a blog that had permission from the labels or artists to post every item get stuck in this net? Well, at the risk of stretching the metaphor too far, the DMCA isn’t exactly dolphin-safe.

I’m not a lawyer, so I won’t attempt to criticize the DMCA on any sort of technical grounds, but more eminent authorities have concluded that the act and its related laws are admirably well-designed to preserve the status quo. It’s clear that the laws had the interests of labels and such in mind, who certainly had a hand in setting them up. How else would it come to be so easy to get an innocent, probably beneficial personal blog completely effaced from the net?

The Blogger authorities have responded, somewhat, in this post. Essentially they’re saying “well, we just followed the rules.” And that’s true. They offered this service for free with a EULA and what they did was, if not the best move, at least not unprecedented. There are at least two problems presented, though.

First, the burden of proof is on the accused. That’s a bit disturbing, isn’t it? Any allegation is assumed to be true unless the person at which it is directed disputes it — a person who likely little understand of the technicalities of the law, and furthermore is often not even informed which track or post is allegedly in violation. Their recourse is limited and obscure. And mistaken or fraudulent takedown notices are far from rare. One of the bloggers affected cited four he’d received in the last year that had turned out to be out of order.

Second, the sites that were taken down were more than lists of links to MP3s. There was a lot of content on there that was most certainly not violating any law. Specifically, all the writing done by the bloggers and commenters. Some of these blogs had been going for years, and had built up large readerships as well as an enormous archive of commentary, history, interviews, all that kind of thing. Blogger threw the baby out with the bathwater, and there should be some kind of protection against that. 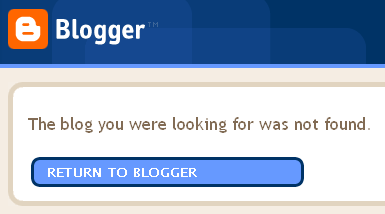 On that last point, it should probably be noted that while the blogs were described as being completely removed, I have no doubt that they’ve simply been taken offline. The content has not been zeroed off the servers and so on. After all, what if the owners challenged the DMCA notices and won? They could conceivably sue Blogger for destroying years of work that had nothing to do with the allegedly offending content. That last part I’m not sure about (Google is within the law in taking the blogs down) but a sympathetic judge might see the harm done and blame Google for acting rashly and negligently. So I’m guessing all that content is still around, though much damage will have been done whether the blogs are ever restored or not.

Of course, it’s not just music pirates who are now worried. Since these blogs were popular and (in a relative way) legitimate, it seems that the dagger now hangs above every person that ever dared to share. It’s like the immense fines levied against minor P2P offenders: the RIAA and its lawyers are barking up the wrong tree and biting the wrong ankles. And since they show no sign of changing their tack, we must appeal to the middle man — in this case, Google and Blogger. What could they have done?

Well, to begin with, a presumption of innocent would be nice. They say that they usually just put the offending post in draft status and alert the owner. So far, so good. But what line was crossed that these blogs were not only removed, but removed with no warning? A cordial notice of suspension would be a hundred times better than a real removal:

“We’ve received several complaints about your blog. Because of their number and previous complaints against you, we’ve temporarily suspended your account until this issue can be resolved. View the complaints here. If you feel these allegations are baseless, fill out this form and we will forward it to the complainants. We apologize for any inconvenience.”

Wouldn’t that be nice? If you’re going to give someone the means to walk in the margins of the law (and free blogging accounts are certainly that), then it would be ethical to provide some means of negotiating with it. Google offers a loaded gun to anyone who asks; there’s no need to defend someone if they take the gun and hold up a bank with it, but if they do, at least make sure they get read their rights before they get hauled off. 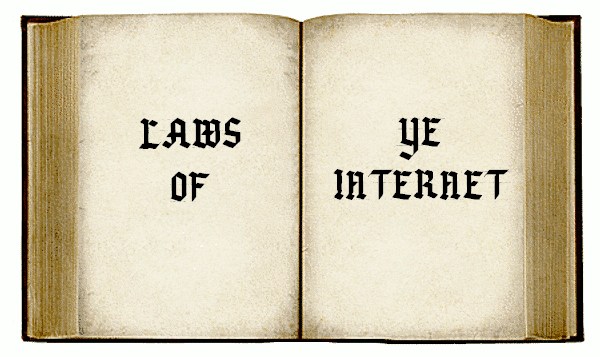 Lastly, lest I be accused of promoting kid-glove treatment of those ignorant of the law and EULA, people who intend to work in the margins of the law should make sure they know what those margins are, and how to navigate them. It is their responsibility, after all, and ignorance is not a valid defense. I was careful to add a disclaimer that was linked in every MP3 post I wrote which provided contact information and copyright acknowledgment. I’m guessing these blogs did as well; they wouldn’t have been so friendly with the musicians they worked with if they didn’t. But it’s a first line of defense, and if I (and they) were serious about having a website that provided a questionably legal service, I would have put some serious CYA boilerplate in there.

This little fracas is, I am guessing, far from over, so we can expect further developments. But I felt it was important to weigh in following the event itself in order that I can weigh the actual results against what is most desirable. These disputes don’t always end happily, but they often serve to further demarcate ambiguous areas of the law, and future settlements will walk more freely once they clear the backs of their fallen brethren. That came out a bit more dramatic than I had intended, but you understand me. We’re making a new media omelet, and some eggs are about to get cracked.