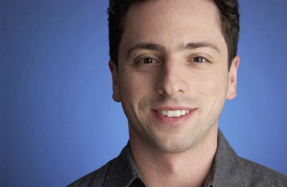 Today, Google’s social strategy took a big step with the launch of Google Buzz — a new FriendFeed-like feature that’s integrated into Gmail, mobile search, Maps, and more (you can see our live notes from the announcement here). Shortly after the event, Google co-founder Sergey Brin fielded questions backstage from members of the press. Our own Steve Gillmor was there to record the conversation (and ask a few questions himself). We’ve embedded the footage below, and have transcribed some of his answers.

In the video, Brin answers questions covering a broad array of topics, including Google Buzz, Google’s current situation in China, and the company’s research in clean energy. Among the revelations: Brin hopes to eventually remove the task of having to choose between Email, Buzz, and IM, so expect those to converge more in the future.

Note: The video starts off with some loud music in the background, but it gets turned down after a few minutes
[youtube=http://www.youtube.com/watch?v=d_W6Qbob2mg&color1=0xb1b1b1&color2=0xcfcfcf&hl=en_US&feature=player_embedded&fs=1]

Regarding the appeal and potential of Google Buzz, and the company’s ability to make it useful:
“Extracting signal from noise is one of our core competencies, it’s one of the key things we do in our web search product every day. And I think that now peoples’ personal communications are getting to be on a scale comparable to that of web search, so those technologies are becoming far more critical.”

On getting relevant results, and internal use of Buzz before now:
“I think there is huge potential. Right now if you look on the recommendations, there is some ordering that we do that uses these signals. We’ve been testing this internally, and even there, there’s quite a lot of noise internally, you’d be surprised. But I think that to really get the algorithms large scale we needed to wait for today and we need to have noise, people using this. That’s when the relevance technology is really going to come into play… ” [On the signals Google will be paying attention to] “We’re going to see which articles you like, which ones you comment on, which posts you read, things like that. And I think we’ll be able to try to tailor things to you that you’re likely to be interested in.”

Brin says that he’d like to make the recommendation technology more transparent (as opposed to a black box) but hasn’t yet discussed those details with the Buzz team.

On integrating real-time into Buzz in an accessible way, and possibly working that into Wave:
“I think we want to see what the experience with Buzz is in the wild and then make decisions from there. I know we’ve learned a lot, we’re very happy with internal testing. Actually that’s why I am very excited for the Enterprise product. But before we make plans like that I want to see how Buzz gets used from today on out. I think the integration [into Gmail] has proved valuable, and that’s definitely something we’re going to be looking into for Wave.”

Why he thinks Google Buzz might work, when other social services integrated with Email haven’t made much of a splash:
“I think if you look at the history of technical products, there are a lot of details that matter. It’s not just the general idea, oh I have Email and social. And you know maybe, maybe we got the details right, maybe we didn’t, we’re going to see from today on out. Internally I’ve been very happy with the result. There are a lot of detailed things. If you look at the success of the world wide web, you look at Xanadu (an ongoing Hypertext project founded in 1960) for example by Ted Nelson that had a lot of these concepts yet it wasn’t so successful. There are a lot of details, perhaps chance and timing. I wouldn’t discount something because it’s similar to something in the past…”

On his experience using Buzz:
“It’s been internally, probably half a year I’ve been testing it internally, with an increasing number of other people, the whole company has been on it for a while now. It has really enabled me to communicate, you get far better information about what’s going on in the company. Now if I have a question about something I don’t have to dig up who is the person who is particularly responsible for this, I can just throw a question out there, I know there are enough people out there who pay attention to my posts, and also now with the recommendations it should get recommended to the right person anyway. And I don’t worry that I’m disrupting people because the social expectation on Buzz is different than on email.”

On users having to make the choice between Email, IM, and Buzz:
“I think it is stressful today to have to make those choices. And I’d like to move to a situation where people make that choice less. You have to decide what medium you’re using, you have to decide to whom you’re sending it to, and sometimes you have to decide what is the heading going to be? There are a lot of decisions you have to make. And Google Buzz at the very least you do have to choose Buzz as the medium today. Though I would like to simplify that in the future. But you don’t have to decide to whom to send it. You can always type an @reply in the mid stream. You don’t have to necessarily pick a heading. Those lower the barrier a lot. But I agree that there is definitely room left to further simplify it. Because the very act of choosing Buzz to do that is in itself a bit of work.”

The conversation then changed to the situation in China. Brin was asked about this topic repeatedly and directed reporters to read the company’s blog post on the matter (which he says reflects the consensus view of the company). Eventually he did explicitly say, “We have not pulled out of China”, going on to give a general timeline of Google’s initial steps to launch in China in 2006 and how things have progressed since then (you can see this start around 15:45).

Finally, the interview closes out with a few questions and answers about Google’s initiatives in energy, and how the economy is affecting the company.