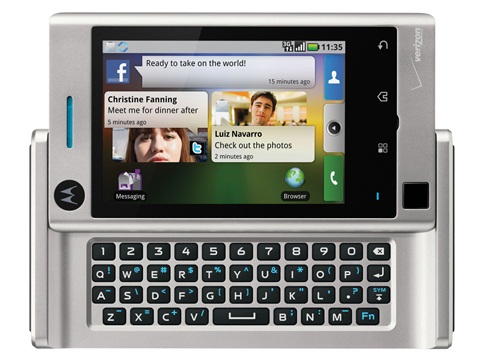 The Verizon-bound Motorola Devour wasn’t much of a secret after the retail packaging leaked last week. We knew it was coming, but not so soon because big red VZW just announced it to the world. Don’t get too excited though, it’s not a Droid replacement as Android 1.6 is powering it instead of 2.0. 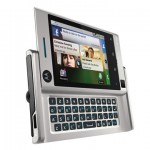 That doesn’t mean it’s not another fine phone to add to Verizon’s stable. Oh no, the 3.1-inch capacitive screen, 8GB microSD card, full QWERTY keyboard, and the social networking-centric Motoblur all combine to make a great device. It also comes rocking a 3 MP camera, 802.11 b/g WiFi, GPS, and a 3.5mm headset jack.

Verizon did however leave out two key details: price and exact release date within the month of March. Chances are that it will be available at a lower price point than the flagship Droid.

MOTOBLUR is the first solution to sync contacts from work and personal e-mail services, including Gmail™, with posts, messages, photos and more from popular sites such as Facebook®, MySpace and Twitter. With MOTOBLUR, content is automatically delivered to the home screen and fed into easy-to-manage streams.