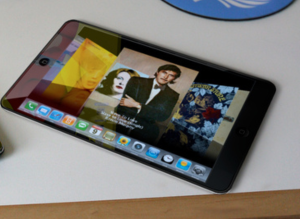 Here we are, on the eve of the Tablet’s unveiling, with only hours to go before we find out just how ambitious Apple’s latest creation is. Countless articles have been written about how the forthcoming Tablet could be the savior of old media. Supposedly, people will finally start paying for this content because it will be readily available at their fingertips. But the promise of the tablet does not lie in immediate access to content; the Internet can already do that, as can the Kindle, to some extent. The true revolution lies in the new medium the tablet will give us. Four months ago Dan Lyons, writing as Fake Steve Jobs, totally nailed it:

New technology spawns new ways to tell stories. That’s the really exciting thing here. Not the tablet itself, but what it means for news, for entertainment, for literature. Gasp. Geddit? Is the f***ing light going off yet? This is what Anton Chekhov meant when he said that the medium is the message. This is why the Tablet is so profound.

There is no point in moving to digital readers if we’re just going to do what we did on paper. That’s why Kindle is such a piece of shit. All they did was pave the cowpath. And that’s why we’ve held back on our Tablet — not because the technology wasn’t ready, but because the content guys are such f***tards that they still can’t create anything that makes it worth putting the Tablet into the world.

You Say You Want A Revolution

Now, I don’t think the Kindle is a “piece of shit” by any means. The Kindle is to text what the iPod was to music. It lets you store and easily carry a vast amount of content with you at all times. That’s in no way a bad thing — the iPod has been adopted by a significant portion of Earth’s population because its appeal is so universal. But the Tablet can break new ground. It won’t just be a new way to conveniently access content. It will be a new way to consume it. Last September, Gizmodo reported that Apple was urging publishers to create so-called hybridized content that “draws from audio, video and interactive graphics in books, magazines and newspapers, where paper layouts would be static. ”

But it’s going to be tough. My concern is not that Apple will fail to deliver; I have little doubt that their product launch tomorrow will be stellar. My doubts lie with the content providers themselves. Yesterday, the LA Times ran a story that touched on this:

Although Apple has proved its deftness at creating trendy devices and a digital store in which publishers could sell their wares, Gartner Inc. analyst Allen Weiner said there will be plenty of trial and error before newspaper, magazine and book publishers figure out the “fine art” of creating digital editions that take advantage of the device’s graphics and video”… “Where’s the opportunity? It’s creating book experiences. It’s taking a cookbook and adding video and author updates. That’s an opportunity, because you can charge extra for that.”

The question, then, is how long it will take publishers to figure this out for themselves.  Perhaps I’m a pessimist, but I think that this will be a long and frustrating process. Look at how long it has taken the large media companies to fully embrace rich, multimedia content on the web. 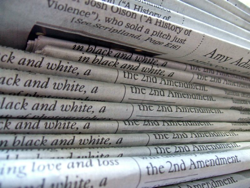 Old Media Is Still In Trouble

The online buying model for newspapers and magazines isn’t going to save the publishers, any more than iTunes Music and TV downloads have been saviors for their respective content owners. Will consumers benefit? Absolutely. But they won’t be willing to pay a premium for content they can access on the web for free. And if old media shifts to a pay-only model, consumers will just switch to free online alternatives. There will be exceptions — publishers with high quality, exclusive content (say, the New York Times) will likely benefit. But the majority of newspapers and magazines? Not so much.

But what about this promised land of revolutionary hybridized content — won’t people be willing to pay for that? Thing is, that’s going to be time consuming and expensive to make. A handful of very large publishers, like the NYT, may be able to scrap together some compelling content on a regular basis. But it’s going to be difficult to quickly integrate additional supplementary material in a way that doesn’t feel tacked on. 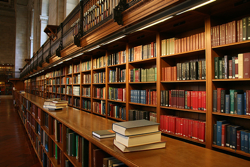 So Who Will Benefit?

Textbooks. Guides. Biographies. Novels. Pretty much anything that has previously been offered in book form, but has been handicapped because it was restricted to paper. Few of these have ever been ported to the web in a rich media form, because they’re lengthy and it just isn’t fun to read a book on your computer screen. And even when textbooks have been digitized (like for the Kindle DX), they didn’t bring anything new to the table. But there’s so much room for improvement.

Imagine a biography of Abraham Lincoln that allowed you to pull up photos of every person and place mentioned with a single finger swipe.  Flicking the top of the screen would bring down an interactive timeline of Lincoln’s life, making it easy to get your bearings. The hybrid book could include comprehensive references for each person mentioned in the book. Not just a Wikipedia article, mind you, but information that is contextually relevant to the moment you’re currently reading about. The experience wouldn’t simply be one of jumping from hyperlink to hyperlink. All of this supplementary material would naturally flow into the reading experience, while you never left your place in the primary text.

There are plenty of other potential applications. Picture a chemistry textbook where you could freely rotate any molecule, tapping on a chemical bond to learn more about why it behaves the way it does. Or a Shakespeare play (in text form) where you could tap a piece of dialog to hear it spoken aloud, or perhaps even played in a video. Tapping a sidebar at any time would bring up a roster of characters and their allegiances, lest a love triangle leave you confused.

There are infinitely more possibilities ready to be unlocked.  Many of these things could be done were this content converted to a rich webpage, but up until now there hasn’t been much benefit to doing so because there was no way to comfortably consume it.

My guess is that come Wednesday, Steve Jobs will hold up a Tablet with a piece of content that lives up to this dream. Instant lookup of relevant information. An experience that simply has never been seen before. It won’t just be a webpage with a touchscreen — it will be a living book. It will be the future. And then we’ll have to wait years until we start seeing books that really live up to that promise. Apple can build the tools, but someone will need to deliver the content.

I’m still excited for the Tablet, I’m just not expecting it to live up to its potential for quite a while. The big publishers will figure out this new medium eventually. Well, maybe they won’t. But someone will.
Fake tablet image via Gizmodo