App store analytics company Distimo has released its December report on mobile apps, this time zooming in on the physical location of publishers in Google Android Market, and how the prices of their apps compares to those of developers in other countries.

Distimo found that publishers in the Euro zone (Austria, France, Germany, Italy, The Netherlands and Spain) tend to price their applications higher than those in the United Kingdom, the U.S. and Japan.

The average price of an Android app published by a developer in Europe is $4.42, which is 49% higher than publishers located in the United States ($2.96). For comparison, publishers in Japan price apps $2.28 on average, while the UK comes out at an average price of $3.31. 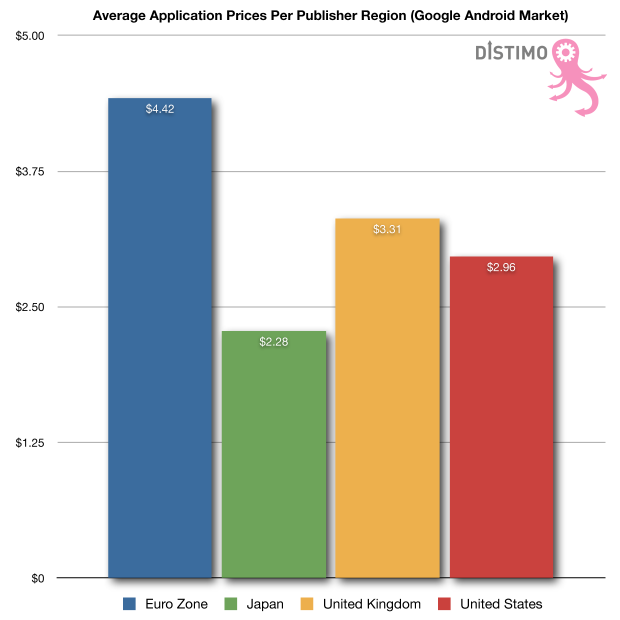 In Android Market, application prices are denoted in the publisher’s home currency, which is how Distimo is able to look at the differences in pricing per region. Looking at the physical location of publishers of paid applications, Distimo found that 65% is in the United States, and 12% in the United Kingdom. This makes sense of course, because those are the countries Android Market arrived first.

The Euro zone accounts for 20% of publishers, and Japan for a mere 3%. 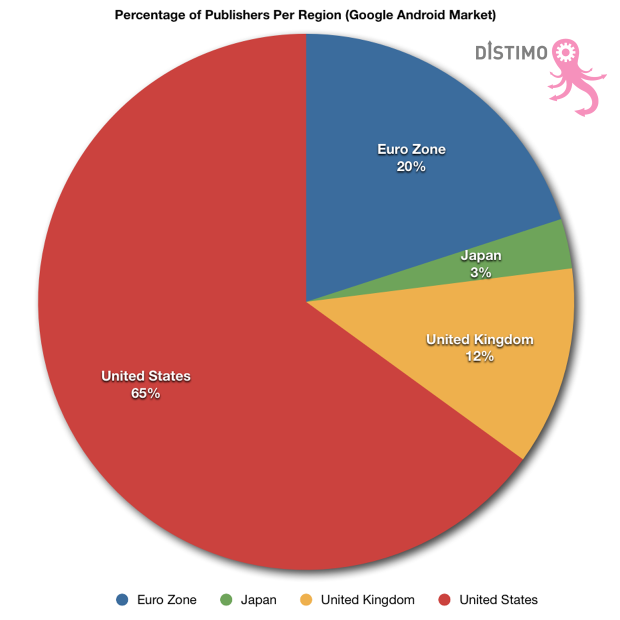 Distimo doesn’t only track Android Market, and in fact has just broadened its analytics services to include Windows Mobile Marketplace and Nokia Ovi Store next to Android Market, BlackBerry App World and the Apple App Store.

Unsurprisingly, Distimo found that applications for BlackBerry and Windows Mobile are generally priced higher. This is likely the result of the fact that more enterprise applications make their way to those devices, and its owner are more keen on spending money for tools that help them to do their jobs more efficiently.

According to Distimo’s report, the average price of applications for Android, iPhone / iPod Touch and in Nokia’s Ovi Store hovers around $3.50. Windows Marketplace for Mobile and BlackBerry App World are clearly more expensive, averaging $6.99 and $8.26, respectively. 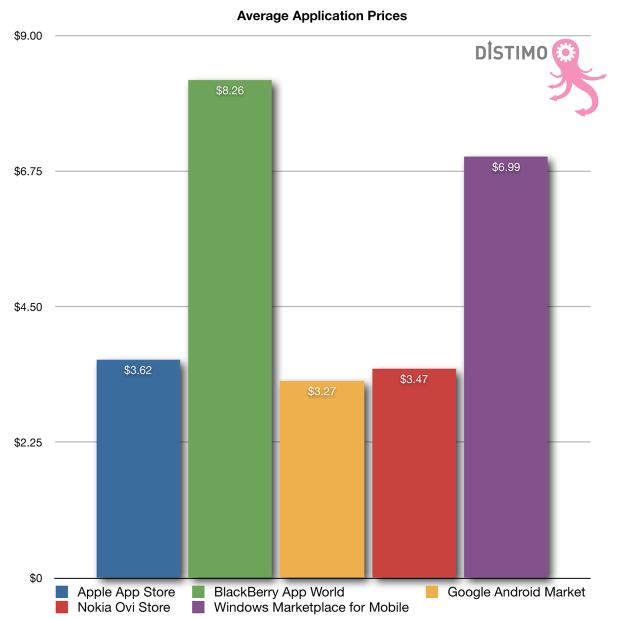