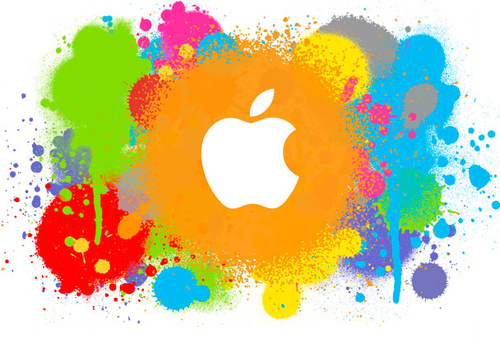 For the record, I’m writing these words on a MacBook Pro; the third Mac I’ve owned in the past twelve months. As I do so, I’m listening to music on iTunes through my standard issue iPod headphones, so as not to disturb my neighbours. Less than a foot from where I’m sitting, my iPhone sits charging. I am – as marketers might have it put – “a Mac”.

And yet – my God – I’m bored of reading about Apple and their ‘long awaited’ tablet.

Like most people who are broadly interested in technology, I set aside part of each day to catch up with the latest tech stories. Usually, out of loyalty and contractual obligation, I begin with TechCrunch, before moving on to Techmeme for a round-up of everything that my esteemed colleagues here might have missed. Between those two hubs, and the links I find on the latter, I can usually get a broad overview of what’s developing, what’s launching and – generally speaking – what’s important.

Tonight no fewer than seven of the ten most recent stories on Techmeme concern Apple. “Apple calling tablet the iTablet?” asks the first headline, from Boy Genius Report. “‘Minor issues’ could delay $999 Apple tablet availability ’til June – report” says the second, from AppleInsider. Then there’s more speculation on the name of the tablet from MacRumors, a Business Week story about Bing – maybe – becoming the default search service on the iPhone; a guest post from TechCrunch about ‘Apple’s secret cloud strategy‘ – and so on and so on, ad infinitum, ad nauseum.

Of course, the front page of Techmeme isn’t the whole Internet – it’s just an algorithm backed up by a team of human editors. Perhaps they’re just having an Apple day. So I head for my go-to source of non-Valley-centric technology news: Rory Cellan-Jones’ blog at the BBC. Rory is based in London and so can usually be relied on to give a glimpse outside of the bubble. But not tonight. “Is publishing about to have an iPod moment?” he asks, before going on to speculate whether Apple’s new tablet will do for books what the iPod did for recorded music (Spoiler alert: he thinks not). And my erstwhile colleagues at the Guardian? Top technology story: “Apple looks for UK mobile partner for new tablet” Related story: “Apple confirms date for its ‘event'”. Its event being, of course, the launch of the tablet.

On every tech news site the story is the same. Apple, Apple, Apple: most of it reams of gushing speculation over the alleged tablet that the company is allegedly launching a week from today. And when they run out of things to speculate about, these professional journalists simply turn to writing about having received their invitation to the launch event, with its paint-splattered jpeg and its mysterious – by which I mean not mysterious at all – caption “Come see our latest creation.” Damon Darlin at the New York Times even wrote a post rounding up everyone else’s post about the invitation.

I get that an Apple tablet is big news. I agree with those who say that Apple’s product launches deserve more attention than those from other companies as their products tend to be ‘game-changers’. I, along with most other avowed Mac fans, will be tuning in to the webcast of the launch announcement, and – despite my cynicism over its threat to the Kindle – there’s at least a slim possibility that I’ll buy whatever it is that Apple wants to sell me.

But until the official launch announcement comes, I would rather not hear another word about Apple and their tablet. Not because it isn’t news – but because so many of the journalists anticipating the launch have dropped any sense of responsibility to their readers and replaced it with cloying fanboyism.

They claim of course that they’re digging for facts – the name of the new product, its price point, its specs – because that’s what reporters do. Bullshit. What reporters do is find out things that people don’t want us to know. In seven days’ time Apple is going to announce the name of their product, its price, its specs and much more besides. Revealing those things seven days early isn’t news.

At best it’s attention seeking: every blogger and his dog wants to be able to say “I knew it was going to be called the iWhateverthehell before you did”. It’s the same look-at-me motive that caused them to post their launch invitations online, like they’re received one of Willy Wonka’s golden tickets or a day pass to fucking Narnia. At worst it’s a bizarre form of fan fiction: gaggles of tech hacks who never fully left the schoolyard, scribbling out their own personal Steve Job fantasies for the approbation of their peers. “What will he announce? What will it look like? What would it be like if he had sex with Woz?”

What it most certainly isn’t is a service to readers. The vast majority of people who follow technology news – even those of us who are die-hard Mac fans – are perfectly able to wait seven days until the formal announcement, not least because we know that once the new Apple tablet hits the streets we’re going to be absolutely swamped with comment and analysis at the cost of any other kind of tech reporting for at least two weeks. Knowing the tsunami of hype that’s coming, any journalist who truly wanted to serve his readers would have the good grace to shut the hell up about Apple for a week and concentrate on breaking some real news while there’s still time.