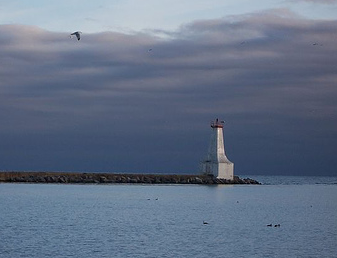 Readers seem pretty split about what to think of Blippy, the service which allows you to share your credit card purchases online. About half think it’s the next logical step in sharing data online. The other half think it’s just about the worst idea ever. Retailers, it seems, are starting to lean towards the former.

Blipply has reached agreements with three partners to promote and use Blippy on their sites: Woot, Groupon, and Overstock.com. The latter is particularly interesting because as you may remember, Overstock.com was an initial Facebook Beacon partner — something which caused some controversy, and caused the company to pull away from Beacon. Now, they appear ready to revisit the idea.

Not that Beacon and Blippy are exactly the same. Beacon’s main problem was that it was opt-out rather than opt-in, which Blippy, as a service, is. But both at their core involve the sharing of purchasing data. And clearly from the get-go this has been an idea that intrigues retailers. After all, people sharing what they’re actually buying should pique the interests of others that may do the same. That was why many of them bought into the idea of Beacon.

But Facebook users felt they were being tricked into sharing this data, and worse, giving it over to Facebook to use for advertising purposes. Blippy, which makes it very clear that the sharing of this data is whole idea of the service, gives these retailers an outlet to perhaps do it right this time.

The amount each service will use Blippy varies. Some simply have a link telling users they can share their data on the service. Others are using OAuth to actually send purchasing data over to Blippy. How exactly Overstock.com will use Blippy is still being discussed, and should be in place by the end of the week, we’re told. But Woot and Groupon integration has already been finalized and should be live shortly.

Depsite its controversial idea, Blippy has seem some great initial traction among users. And they’ve been able to attract a choice group of investors. This interaction between users and retailers on Blippy may be the key to the future of the service. And if it goes over well, it may leave Facebook kicking itself for what might have been.