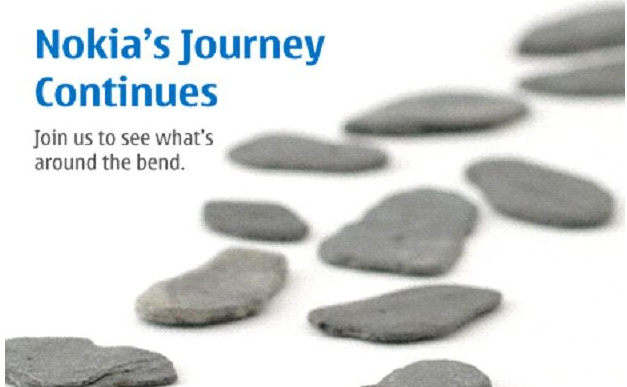 Surprise! There I was, staring at my inbox, wondering when the invites to Apple’s may-or-may-not-be-happening tablet event would go out, when.. BAM! An invite appeared – but not from Apple.

Turns out, Nokia’s announcing something big — or at least big enough to hold a press event — this Thursday in San Francisco. The invite doesn’t offer much insight; it shows a couple of rocks lined up like some sort of trail, while the top reads “Join us to see what’s behind the bend”.

Update: Nokia UK is also holding an event on the same day on the other side of the world, but they’re being pretty open about the topic of that one: Ovi. Will our announcement be a mirror of Nokia UK’s, or is this a whole different shindig? We’ll find out in just a few days.