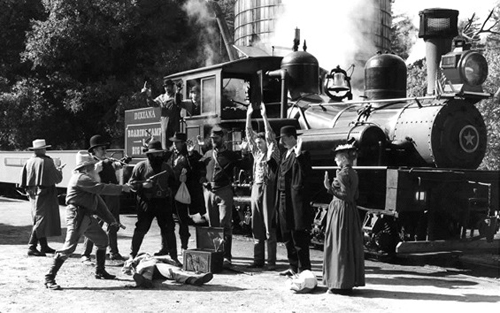 The most amazing thing about the Internet is how many industries it’s wrecked. File sharing and iTunes forever changed music’s economics; blogging and other forms of online content have killed old media; and open source and software-as-a-service have brutalized the expensive, on-premise enterprise software products.

In all these examples companies suffered and good people have lost their jobs, including many of my friends when it comes to media. But mostly, the Internet has acted like Robin Hood—taking big fees from greedy fat cat middlemen, giving more value for a lower price for the end users, and breaking the barriers for new entrants.

Here’s the second most amazing thing about the Internet: The fact that there are still industries it’s barely touched. One of those is finance. Sure we had eTrade, Ameritrade and Scottrade in the early days, but opaque, confusing, regulated finance is still largely the same. And as we discovered with last year’s financial meltdown, that’s not a good thing.

Fortunately, though, we’re starting to see change from several different –and surprising– avenues. An obvious first foray into finance 2.0 was Mint.com. Thanks to its sale to Intuit, Mint helped validated the category in a Valley that’s suspicious of Wall Street. But Mint was still pretty basic in terms of a financial revolution. The UI was excellent and there were new features, but people were used to managing money online via their bank, Quicken or Microsoft’s Money.

Mint’s greater contribution was convincing investors and entrepreneurs that finance is still a viable category. Hot on its heels, a newer– and far more ambitious—pack of online finance companies are threatening to really upend, piss off and steal fat cat fees from existing players. Say it with me: Hallelujah.

We’ve written about most of these guys already, but they’re worth taking a look as a group to see just how big this impending revolution could be. They’re attacking different parts of the finance industry, but they have one thing in common: Finally aligning interests between the finance professionals and the users. This list isn’t exhaustive but these are the names I’m most excited about:

–Wonga is remaking payday lending. It charges high fees for a lender, but incents people to repay quickly, meaning overall the fees for emergency lending are much lower. Wonga makes money only when debts are paid off—unlike most credit card and payday lenders that make more money the longer you’re in debt and the bigger those debts are.

–kaChing is remaking mutual fund investing, cutting fees from an average of 3% to 1.5% and giving more transparency into what investments fund managers are making now, not just past returns on decisions they’ve already made. In the past, fund managers have been paid more by how many assets they can get under management than on how well they perform. That in turn makes the funds’ performances worse, because they can’t get in and out of stocks quickly. By giving investors more transparency into how investment decisions are made and exposing them to more boutique fund managers, kaChing hopes to flip that around.

–Square and Bling Nation are changing how we make payments, adding convenience and, in many cases, eliminating fees from ATM withdrawals and those levied by Visa and Mastercard. It’s a boon for pretty much everyone else the transaction touches including end users, retailers and even banks. “I underestimated the level of hatred there is for Visa and Mastercard,” says Wences Casares Bling Nation’s founder and CEO.

-On the “does-the-world-really-want-this?” front is Blippy, the social payment site that could bust opaque pricing wide open, when people can compare how much they pay for, say, a hotel room, with how much their friends paid. Blippy is comparatively TBD. It’ll test whether people are getting more comfortable sharing financial information the way they’ve gotten more comfortable sharing contact and location information in the last ten years. That answer might be no. But when it comes to fees and pricing, transparency does usually lend to lower prices.

If these companies are successful, this would be as radical a shift for the finance industry as when the music industry had to start selling by the song and not the album. Think back to how revolutionary that was at the time—and how much the labels fought it tooth and nail. Now imagine a financial transaction where you didn’t assume there was a catch, extra fee or damaging fine print. Imagine a financial world where everything is upfront and institutions don’t profit off your financial naiveté; a financial world where making money isn’t a zero sum game that the house is all but guaranteed to win in the end. It’s as common-sense-and-yet-controversial as when open source and software-as-a-service pioneered business software that actually worked and that employees actually used.

Finance has been so anti-innovation and so anti-consumer for so long, these companies don’t have to be perfect to be huge. And the margins are there. For instance, Casares, who has built and sold two online financial services companies already, says the cost of digital transfers have plummeted, but the banks haven’t passed those savings along. That’s similar to what we saw in telecom. Remember how expensive it used to be to call someone one state away? If mobile companies hadn’t collapsed prices, we’d likely still be paying those fees.

Combined investors in these companies include well-heeled names like Khosla Ventures, Charles River Ventures, Greylock Partners, Accel Partners, Marc Andreessen, Sequoia Capital, Evan Williams, Balderton Capital, Lightspeed Venture Partners and DAG Ventures and they have put a combined $80 million into these companies, which isn’t much considering the potential. For instance, if kaChing can get to $10 billion in assets under management, it will be a $100 million revenue a year business. And $10 billion in assets wouldn’t even crack the top 100 funds in the massive $11 trillion mutual fund universe. To put it in further perspective, Square’s valuation is already half of what these companies have raised combined.

And here’s the most important part of this trend: These new financial services companies are not being built to flip.  Instead, these companies are thinking big—a rarity in the Web world right now. A few weeks ago, I wrote about Casares’s view on how selling has made him a “failure” as an entrepreneur. Don’t expect him to do it again unless things go horribly wrong. Errol Damelin spent years studying payday lending before starting Wonga, and having already sold a few companies, expects this to be his big one. Similarly, Square founder Jack Dorsey is already the second largest individual shareholder in Twitter. That’s just paper money now, but it’s safe to say his financial future is pretty assured. With Square, he’s out to prove he can have more than one big idea. Likewise, veteran entrepreneur Philip Kaplan was lying in cushy wait at Charles River Ventures as an entrepreneur-in-residence before he jumped for Blippy. You don’t jump for something you don’t expect to be a real business.

But of all the companies mentioned in this post, kaChing may be the least likely to sell. I met with the company’s CEO Andy Rachleff and founder Dan Carroll last week. Rachleff—a founder of Benchmark Capital during its eBay funding glory days—has made plenty of money and was looking forward to a life of teaching at Stanford. He quit that to be kaChing’s CEO and he certainly didn’t do that to sell for a few million. He doesn’t even take a salary from kaChing. He called Mint—also a Benchmark investment—a “disappointment” for selling so early and said he made it very clear that if he was leaving his plush, retirement-esque life it was to build a big, public company. (See what Mint’s founder Aaron Patzer says about that view in the clip below at the 6:09 minute mark. Patzer was on NBC’s Press:Here last week. Go here for the whole show.)

I think finance just became my favorite category of startups. Step one of building the next billion dollar Web powerhouse is a good team. Step two is a good product. Step three is market opportunity. But an all-important step four is saying “no” to quick money offers. Every decade Silicon Valley produces a handful of huge multi-billion dollar public companies. I’m betting the ‘10’s see at least one finance company in that category….finally.