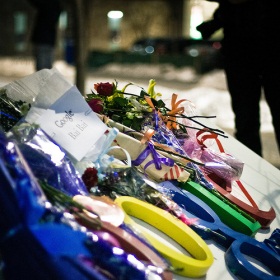 A tipster informs us that an IM conversation with a friend who works for Google China in their Shanghai offices has revealed that all Google China workers have been given holiday leave. Bloomberg published a similar report, adding that the company has intensified internal security testing of its networks following complaints that its website had been attacked by local hackers.

While Google denies other reports stating that its China employees would effectively stop working today and that business in China is ‘operating as normal’ according to Bloomberg, the IM conversation that we were forwarded reveals that Google China workers no longer have access to company systems.

The fact that Google employees are seemingly unable to log onto internal systems could be a result of the internal security tests and scans, but Google has apparently also asked China employees to ‘relax at home’ for an unspecified time.

Meanwhile, many are expecting that Google.cn will not be online much longer.

Google said Jan. 12 in a blog post that it had been subjected to cyber attacks originating from China along with 20 other companies (reportedly including Yahoo), prompting the company to reconsider the way it conducts business in the country.

Google stated it would end self-censorship of its Chinese search engine in China, and that it may end up closing the site and shutting down its China offices.

China this morning responded (vaguely) to the whole ordeal, saying that it “welcomed global Internet companies, provided they obey laws that restrict their content”.

Said Foreign Ministry spokeswoman Jiang Yu at a regular briefing in Beijing today: “The Chinese government administers the Internet according to law and we have explicit stipulations over what content can be spread on the Internet.”