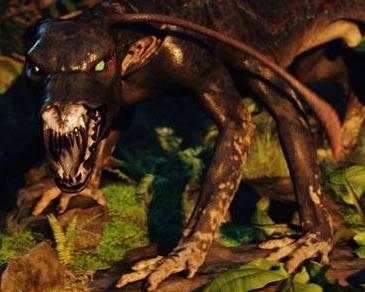 In my recent post on how stealth mode is a bad idea, I advised entrepreneurs to come out of their shells.  To build marketable products, you need feedback from customers, potential investors/partners and business advisers. And the veil of secrecy which comes with being in stealth mode blocks this feedback. But there is a flip-side that I want to make entrepreneurs more aware of: It is a tough world out there and some big and small competitors will deliberately or accidentally steal your ideas. A few of these players are predators much like the beasts of Pandora. So there needs to be a balance. You need to air your ideas, but use every available mechanism to protect yourself. When you do come under attack, run as fast as you can or fight like hell.

I’m going to explain all this through three examples. But first, I’ll cover the basics about patents.

A patent gives the holder the legal right to exclude others from making, using, or selling their invention. So the idea becomes like a piece of land, and patenting the idea before someone else does is like buying that land. Patents can be valuable when done right, but most are not. The vast majority of the patents out there are worth less than the paper they are printed on because they are obscure inventions with little real world relevance or they are filed in a way that they do not provide any protection. I’ve written about this for BusinessWeek and you can read some more tips on patenting here.

The problem is that even when you have a good patent, it can be very costly to enforce. Take the case of Amit Jaipuria, founder of GizaPage, which is based in Bangalore, India. Amit believes he owns the second patent in the world in the social networking space (the first being the “six degrees” Weinreich patent which was bought by LinkedIn in 2002-03). In early 2000 (well before Friendster, Myspace, Facebook and Twitter came into existence), he had an idea for creating an online social network for professional networking. He filed a provisional patent in India and then started the process for filing in the U.S on July 11, 2001. Five years and  three “non-final rejections” by the US Patent Office (USPTO) later, Amit was granted Patent 7047202 in May 2006 titled “Method and apparatus for optimizing networking potential using a secured system for an online community”.

By this time, the social networking space had evolved and Amit was convinced he was sitting on a goldmine. So, Amit headed to Silicon Valley with the patent and a PowerPoint presentation to raise funding for a play in the social networking space. His hope was to raise venture capital based on the intellectual property (IP) he owned. However, since the patent had not been licensed by anyone, the VCs didn’t bite. And he couldn’t get any law firm to take his case on full contingency (they wanted him to share part of their costs – and he couldn’t afford this). He decided to auction the patent through OceanTomo (which specializes in selling IP). Unfortunately, he put in a reserve for  $3 million for it and the bidding stopped at around $2.5 million. Since the patent did not reach the reserve, it did not sell that day. However immediately after that, Amit was contacted by all the major social networks. One of them even offered a hybrid arrangement with a cash and stock sale. During these negotiations, someone anonymously challenged the patent with a claim of prior art. This claim asserted that evidence existed showing a similar patent or IP  pre-dated Amit’s patent.  The challenge muddied the waters and all the social networks walked away from the deal.

After subsequent reexaminations Amit got a final decision on his patent in early 2009. The USPTO narrowed Amit’s  claims due to the evidence of prior art cited in the appeal. But other claims related to key social networking features were granted as part of the narrowed patent. Amit feels these features are unique to the industry and can cover key potential areas for feature expansion. The patent is valid until 2020 and Amit is happy he has his patent. With limited resources and a focus on building his new venture, Amit hopes that he will be able to monetize his patent sometime in the future.

The moral of Amit’s story is simple. Even if you have a patent, you probably will have trouble defending it because large entities can outgun you in court and risk-averse lawyers are generally unwilling to take dicey cases for small clients on a contingency basis. In other words, a patent is really nice on your wall but it may not give you magical powers to negotiate deals with tech titans.

There are many other cases where an entrepreneur thinks they are first with a great idea but don’t really have anything a patent can defend. Such is the case with Kent Fuselier, an indie record label owner and entrepreneur who sought to launch a reality TV programming business that relied on a Facebook fan group to generate content and vote on ideas and winners and losers. He called his business “The Texas Producer”. Kent sent out promo packets and several days later Simon Fuller, a co-creator of the TV blockbuster “American Idol” announced he was launching a similar program. Kent was beside himself and worried that this new entry with a huge backer would steal his thunder.

So Kent emailed me to ask for advice on how he can defend his IP. I am answering him here. Simply, you can’t defend that kind of IP and you need to run like hell to stay ahead of Simon Fuller and his crew if you hope to make your business work. Getting a patent on a piece of technology is hard enough but convincing a court of law that a television show concept is some form of IP is nearly impossible. Why? Because prior art of some sort is everywhere. Somewhere, someone probably discussed or nearly launched a similar concept.

Which leads me to the second part of my advice. Namely, a small company that wants to go toe-to-toe with a Goliath and win should rely on its speed and nimbleness. For Simon Fuller to get his program launched and running, it will likely take months of work and meeting after meeting after meeting. Kent can launch his program as fast as he wants to. Major networks are impossible to crack for new shows even for experienced producers, let alone those with no major national television credits. But perhaps Kent can garner a large enough Web audience that can turn his program into a viable business in its own right or even into a program that the major national content producers find appealing. So run, Kent, run and don’t look back at any IP violations, real or perceived. 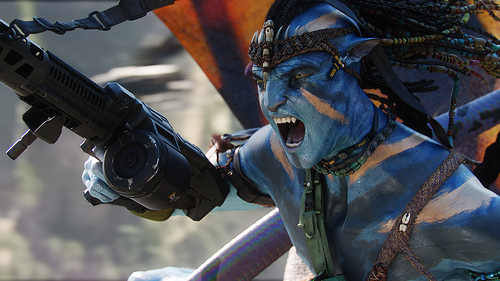 In the rare instance when an entrepreneur has a very clear case and has a decent amount of resources to start a legal battle against a Goliath, the message to all the entrepreneurial David’s in the world is this. Forget about standard hand-to-hand combat or even hopes of niceties and use that slingshot right from the get go. If you are going to sue a big company, make sure they know it and you can bring it in a way that causes them real pain. Line up a crackerjack attorney. Make it clear you are in this game for the duration, even if it means selling your pet hamster and mortgaging your house. Big companies like picking on easy targets but once a corporate lawyer gets a whiff of a real fight in a case where they are likely to lose, the big corporate lawyer as often as not does the math and realizes settling on your terms might not be such a bad thing.

Three years back I wrote about Kivin Varghese, founder of BrandPort, in a BusinessWeek article on the perils of partnering. Kivin had a brilliant idea. He would pay people to watch advertisements on their handsets or on their television. His unique twist on the pay-to-view model got the attention of big name TV advertisers like Procter & Gamble, Coca-Cola, and L’Oréal. Kivin also managed to get in the door to talk to Virgin Mobile USA, a huge potential partner.

The bigwigs at Virgin told Kivin they loved his idea and asked to see his technology and model in detail. They wanted to partner together to build a service that would give their mobile users free minutes for watching ads through the BrandPort process. His negotiations were going well until he woke up one day to read in the New York Times that Virgin Mobile had launched a new product called Sugar Mama – which was exactly like his product. When Kivin protested, they essentially told him to “buzz off”. That morning, Kivin called me to ask for advice. He explained “I had a good non-disclosure agreement, we marked things confidential, had pending patents. I did everything right. A startup that relies on deals with partners as a core part of their business model (like mine) has no choice but to reveal everything about the innovation in order to convince them it’ll be a big revenue boost for them. If I held anything back, I probably wouldn’t have gotten the deal.”

My advice was to fight for what was right and show no mercy. And that is what he did. Reluctantly.

After over a year of litigation and probably spending millions of dollars, Virgin settled the dispute. Kivin won his case and got them to license his technology so there were limits on what they could do with it. But my guess is that Kivin failed to reap any significant income. The settlement likely covered his attorneys fees but not much more. (Kivin is under non-disclosure and won’t comment.  This is what I have inferred  from our discussions before he signed the agreement and settled the case).

Kivin would talk about his experience, however. What does he regret? He was too soft early on, and it wasn’t until the last bit of the case that he was able to bring on a strong litigation team. His thoughts on what he learned: If you are going to fight back, fight back hard and right from the start. If you want to fight back, get an attack dog attorney with big IP litigation chops, don’t go cheap. Be prepared to pay them big bucks for your case because good lawyers are expensive but worth it.  And be prepared to risk everything. And I’ll add one more – competitors know that he is no pushover and will think twice before doing this again.

So, to summarize, you need to be cautious in your dealings with the world. Don’t mindlessly “bare all”. You should file patents, but these patents provide less protection than you might think. Even if you have a great patent, you will need to fight hard to defend it and will need a good lawyer. In some spaces, you simply can’t get patents even for great, original ideas.  Your only recourse is to be faster and better than newer, bigger competitors. Finally, if you do feel you’ve been ripped off, then pull no punches and go for blood.