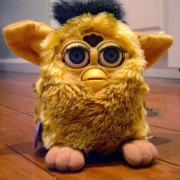 There are several reasons why I would never describe myself as a “futurologist”.

The first reason – obviously – is that “futurologist” isn’t a real job, any more than is “mixologist” or “sandwich artist” or “social media expert”. The second reason is that I am absolutely terrible at predicting things, especially in the field of technology. For example, almost a decade ago, I was one of the first columnists to declare that camera phones would never catch on, while at the same time predicting a bold and exciting future for red-button interactive television.

In fact, looking back, there’s almost no successful technological advancement that I haven’t summarily dismissed, or an embarrassing flop in which I’ve failed to invest both my enthusiasm and my money. And it’s for precisely this reason that, until now, I’ve kept my mouth shut about the Apple Tablet. Whatever I say before the device is launched – if it’s launched – will almost certainly prove to be humiliatingly wrong and, as Mark Twain (or was it Abraham Lincoln?) put it, it’s better to remain silent and be thought a fool than to speak out and remove all doubt.

But then in the past week or so, everyone and their dog has weighed in on the subject. Tablets have featured large on those ridiculous “…of the year” lists, either as the biggest controversies of the past twelve months, or as the most eagerly anticipated launches of the next twelve. Experts have decreed that 2010 will be the year of the tablet and, right here on TechCrunch, MG swung a punch at Betanews blogger Joe Wilcox after Wilcox dared to opine that “the world doesn’t need an Apple tablet, or any other”. In his spirited response, MG pointed to Apple’s history of confounding expectations  but also argued the dangers of criticising companies for stepping outside their “comfort zones”. As he put it: “If Joe Wilcox ran the computer industry, we’d still be using typewriters.”

For what it’s worth, my gut feeling on reading the back and forth was that both are right. Certainly tablets don’t meet an obvious need (my laptop does just fine for everything we’re told the tablet will do), they’re too large and fragile to be truly portable, but also too small and keyboard-less to make sense for home use. With the iPhone and the iPod, Apple took two established and hugely successful consumer devices – the cellphone and the portable music player – and blew our minds at how much they could improve on them. The only way Apple can make existing tablets easier to use is if they built one that was able to put itself away in a drawer after a week and permanently forget about itself.

At the same time, though, MG’s broader point is sound: criticising Apple – and tablet makers in general – for thinking different(ly) is ridiculous. If companies only made things that commentators could see a need for we wouldn’t have cars or computers or Furbies or Pop-Tarts — or anything at all. Predicting that something is going to fail before it’s even launched is like betting against the future: easy to do, but likely to end in embarrassment. When I first heard rumours about the iPhone, I was quick to dismiss it. At that time cellphone manufacturers were releasing new and improved models every thirty seconds; each new release was like a tsetse flying clockwise around the Boston Matrix; zipping from Rising Star to Problem Child to Dog, but dropping dead before it could make it to Cash Cow. The idea of a company with no history in the cellphone market launching a single model of phone, and then tying it to a single operator (thus forcing a significant number of potential customers to break their existing contracts if they wanted in) was idiocy by any metric. And yet, Apple’s reinvention of the cellphone was so complete – its vision so advanced – that all of the naysayers now look like short-sighted idiots. There’s no reason why the same couldn’t happen with the tablet.

Really then the only logical thing to do is to wait and see what, if anything, Apple launches. It might be a Cash Cow, it might be a Dog. No sense in trying to guess and looking like a fool.

And yet there is one aspect of all this tablet hype that puzzles me: While we futurologists and dorks and fanboys eagerly await and debate this device – this game-changing, category-defining, content-selling device – no one seems to have noticed that it already exists. It’s called the Amazon Kindle.

When the Kindle appeared back in 2007, media’s last analogue hold-out – the book – was suddenly catapulted into the digital age. We’d had e-readers before, of course, much like MP3 players existed before the iPod. But by integrating with the world’s largest bookstore and creating Whispernet to allow customers to buy tens (now hundreds) of thousands of ebooks from anywhere in the US (and now much of the world), Amazon created something truly game-changing. If you need proof of the impact the device has had since its launch, just look at the recent statistics: Amazon sold more Kindle books on Christmas day than normal books – a fact that, even arguing that people generally buy fewer physical products online on Christmas day, still demonstrates the creation of a significant market that didn’t exist before. Look at the reaction from competitors: the Kindle’s success prompted Barnes & Noble to hurriedly develop the Nook and you can’t move in a Borders store without hitting a demo station for the Sony Reader. Look at the reaction from publishers: frantically revising (or creating) their ebook strategy in response to the threat of mass-piracy and an exodus of their most loyal paying customers from hardback to ebook. And look at the anecdotal evidence: your mom has a Kindle.

And yet all of that has happened without the mouth-frothing orgy of idol-worship that we’ve come to expect with the appearance of any must-have new product. Partly this is because Amazon doesn’t have any physical stores and so there was no TV footage of lines around the block on launch day. Then there’s the fact that books are inherently less cool than cellphones or music. But mainly it’s because we’ve become so used to Apple’s magical product launches that we’ve conditioned ourselves to ignore the possibility that anything incredible could be created by anyone else. The idea that Amazon – a humble retailer – could produce a digital device that changes the way we consume media is too ludicrous for words. Only Steve has that kind of power. Thus we must wait for Steve before we get excited about a tablet-shaped device. All hail Steve.

Unfortunately, your mom doesn’t give a shit about Steve – and nor do most people. What they care about is that the Kindle replaces the one book they carry in their bag every day with a single device that stores thousands of books but still doesn’t hurt their eyes like a laptop – or tablet – screen would. The current model also replaces their newspaper, if they want it to, and pretty soon it’ll be able to replace their magazines. All without taking up more room. Like the iPhone let us swap our cellphone for something far better, and the iPod put paid to our clunky old music player, so the Kindle neatly replaces something we already carry around: the printed page.

And this is where the Apple Tablet has a problem. Unless Steve Jobs has managed to change the law of physics, his tablet will have a traditional retina-burning screen to allow it to display movies and web content. As a result it can’t – and won’t  – replace the Kindle, with its E-Ink technology, as an ebook reader. This will present consumers with an interesting dilemma: to either keep their Kindle (or Sony Reader, or Nook) for reading on the move, or replace it with a tablet that provides a cool way to access web and video content, but sucks for reading. Unfortunately this is where Apple has shot themselves in the foot: the iPhone is such a good portable media device that all but the most obsessive geeks will choose to keep the Kindle and stick with their iPhones for the rest.

If Apple really wants to launch a new and awesome portable device, it shouldn’t be dicking around with multimedia tablets at all. Instead the company should focus its efforts on producing an ebook reader that addresses all of the flaws with the Kindle. I’m talking full-colour, low-power screens that are readable in any light. I’m talking a cool Apple-style user interface. I’m talking about forging deals will publishers to sell bestsellers for $5 rather than $9.99. I’m talking about having it available in retail stores, and not being tied to any single retailer. I’m talking about making the damn thing bendy. In short, I’m talking about doing for e-readers what the iPod did to MP3 players: take a product that people have shown that they actually want and innovate the hell out of it.

But then again, this is just another reason why I could never be a futurologist.The job of a futurologist is not to predict the future based on practicalities, but rather to write fantasy fiction about what they hope the future will hold.  A futurologist would never advise Steve Jobs to temper his vision, or to fret about what moms will carry with them in their bags. A futurologist would simply assume that Apple will be able to invent with some kind of magical screen capable of displaying high definition movies one minute and print-sharp ebooks the next. Or perhaps a new type of device that makes the very idea of books redundant.

As a cynical non-futurologist – a pessimologist if you like – I sit somewhere between MG and Joe Wilcox. I passionately hope that the Apple Tablet will become the only portable media device I need to carry, but at the same time – because of the Kindle – I just can’t imagine a possible universe in which it will succeed.