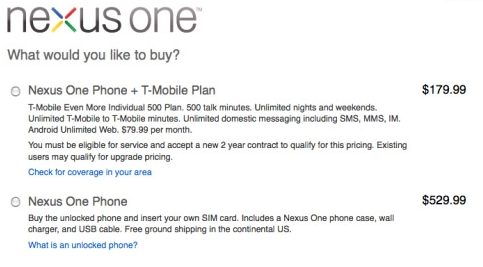 After our earlier post on the Nexus One, there was a lot of debate surrounding how much the thing would cost. It appears that this information is out there now. According to some leaked documents sent to Gizmodo, the Nexus One will be $529.99 unlocked and $179.99 if you sign up for a two-year T-Mobile contract (which runs $79.99 a month). This information is not 100% confirmed, but it seems in line with earlier reports and common sense.

So what does this mean? Well, at first glance, it’s pretty standard, really. For example, you can buy an iPhone without having to sign up for a contract, but it will cost you $599 or $699 depending on the storage size of the device. With a contract, those models run $199 and $299, respectively. The difference is that those phones, and many of the others you can buy without a contract, are still carrier-locked. That means that even if you buy them without a monthly contract, you will eventually have to sign-up for some kind of plan through that carrier, if you plan to use that device. That is, unless you plan to manually unlock it, something which in most cases voids the warranty — if it works at all.

But Google is supposedly selling this $530 Nexus One completely unlocked. That means that you can use it with any carrier — provided that carrier is running a compatible GSM network, which the Nexus One is built to run on. In the U.S., that basically means the device will be able to run on T-Mobile or AT&T. Though given earlier leaked specs, it would seem that if you do run it on AT&T, it may only work with EDGE data, and not the faster 3G variety. In other words, the thing still is rather locked down. In order to use it to its full potential in the U.S., you’ll likely want to be using it with T-Mobile anyway. But that’s not so bad since T-Mobile offers pay-as-you go SIM cards, though they are not a great deal.

Still, the fact remains that this in an important moment in the mobile industry in the U.S. While unlocked phones are common abroad, they’re almost unheard of here where the carriers rule with an iron fist. The iPhone was able to break this domination somewhat, but they’re still only tied to one carrier (AT&T). Google directly selling an unlocked phone, even if it’s limited, is a big step in the right direction. As we noted earlier, the next step for them is to sell an unlocked device that is compatible with both GSM and CDMA networks, then things will really start to get interesting. And even if they don’t do that, in the next couple of years, the next generation LTE networks will come into play, and those promise a more unified mobile experience from a hardware perspective.

So yes, while it’s true that Google is unlikely to be selling a $530 phone in droves, its existence means something. It points to a future where the carriers don’t dominate the mobile scene with their ridiculous contracts and lock-in policies. And that’s a good thing. 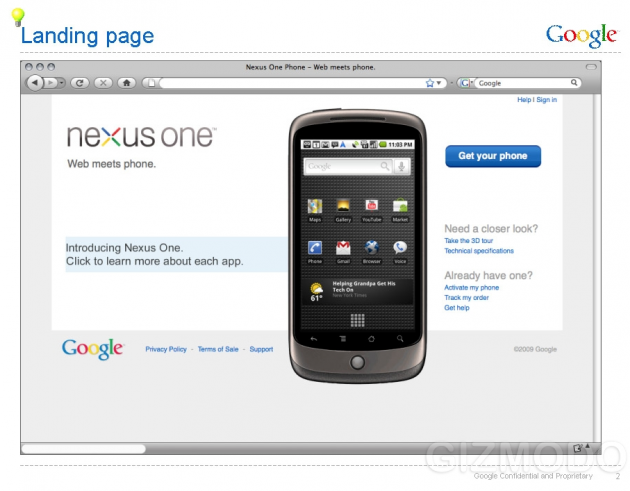 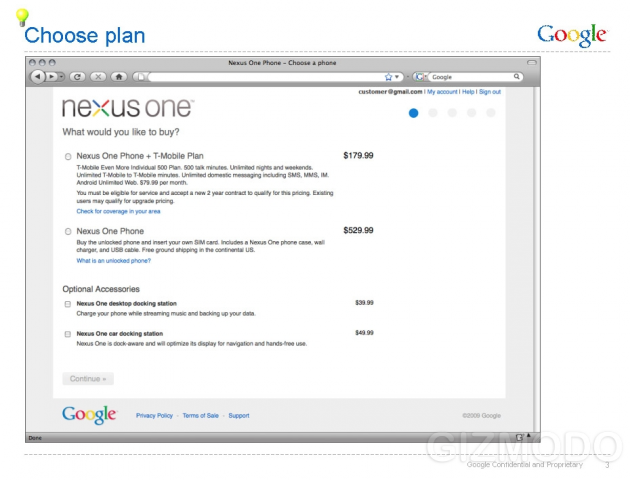