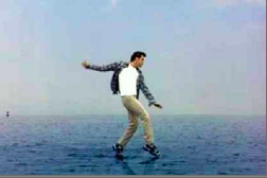 Last summer, we wrote about the launch of a new service from Google called City Tours that marked the search giant’s first foray into the travel space. The service isn’t exactly flashy, but it’s quite practical: tell it what city you’re visiting, and it can generate an optimized travel itinerary featuring a number of landmarks within walking distance. Unfortunately it had a few shortcomings. For one, its directions were all based on distances “as the bird flies”. In other words, it was up to you to figure out the best way to navigate between these landmarks, because Travel Tours would sometimes direct you to walk directly across a river.

Today, Google is releasing an updated version of Travel Tours that takes advantage of the Walking Directions built into Google Maps, which means you’ll be able to rely on them even if you’re not capable of scaling a building in a single bound. You can see the difference in the images below.

Google’s blog post on the release also notes that you can now import Google ‘My Maps’ into City Tours. My Maps, which launched back in 2007, allow you to manually tag your own points of interest on a Google Map. This means you’ll now be able to build out a map of all the landmarks you’d like to see on your trip, then import those into City Tours to get an optimized itinerary.

The service remains in Google Labs. 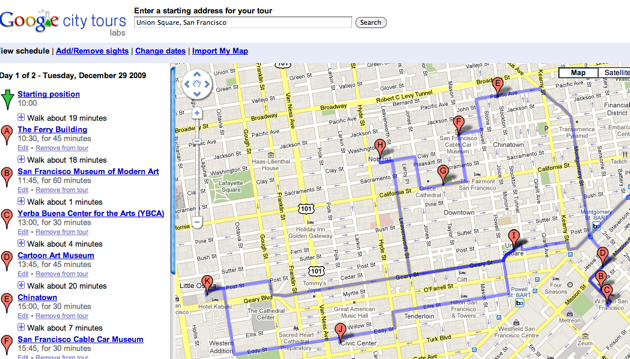 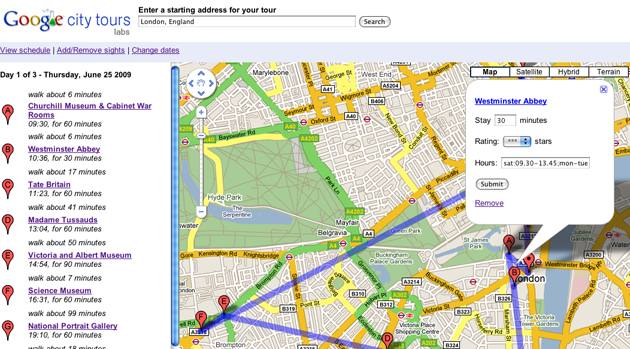