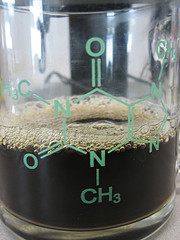 Google is getting serious about realtime search, adding Twitter, Facebook, and MySpace streams into results and adding a recent “updates” option which is addictive. But behind the scenes Google is also getting ready to push out an entirely new way for indexing the Web. Codenamed “Caffeine,” Google has been testing it since last summer in one datacenter, and is now getting ready to push it out across all of Google. Some SEO-minded tipsters say that they are starting to notice faster search response times, but Google is sticking to the party line that Caffeine won’t roll out until after the New Year (in part so that everybody can enjoy the holidays).

When Caffeine does roll out, what can you expect? Most people won’t even notice. The look and feel of Google results won’t change. Caffeine is an under-the-hood upgrade to Google’s search index algorithms. But it will significantly speed up how fast Google can present results, especially across different media types such as photos and videos. Overall, search will be more realtime because Google considers the speed of its index to be a competitive advantage.

An independent study conducted in September by SEO firm Summit Media suggests that for generic search terms, Caffeine gives more weight to news and social media results, while more specific keywords are more likely to turn up websites about that topic. The Summit Media study compared Caffeine against Google’s current index for about 10,000 keywords. Summit’s findings include:

When Caffeine does go live, not only should Google feel zippier, but many of the results will feel more newsy and realtime, particularly for generic searches. I wonder if Websites that come up more in long-tail searches will try to catch the Caffeine buzz by mimicking news sites or plastering Twitter and Facebook updates on their front page. I just hope Caffeine can tell the difference between real news and fake news.