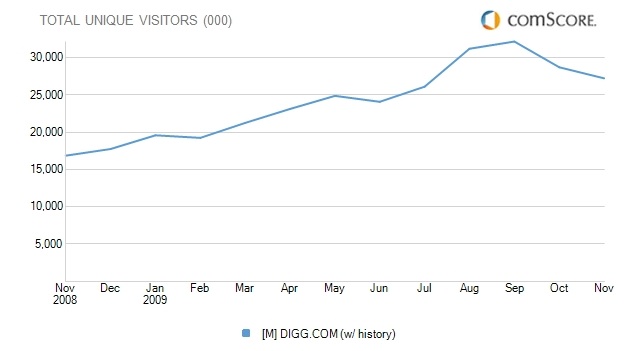 For most of this year, Digg was on a roll, racking up more users, adding Facebook Connect, speeding up its site, launching new features like Digg Trends, and hiring key executives.

But its latest growth spurt stopped in September, 2009 when it peaked at 32 million unique visitors worldwide, according to comScore. In November, its worldwide visitors were down 15 percent to 27 million, which is about half the number of people who visit Twitter.com. Digg was passed by Twitter back in March (see chart below).

Two months of declines is not the end of the world. Even Twitter is seeing its growth flatten, and on an annual basis, Digg is still up 62 percent. Maybe once it launches Realtime Digg, which it’s been working on since at least six months, it will get back on that growth curve. It’s hard to compete with Facebook and Twitter, but adding more realtime elements could be just what Digg needs to stay in the race.

If you were Kevin Rose, what would you do to try to catch up to Twitter again? 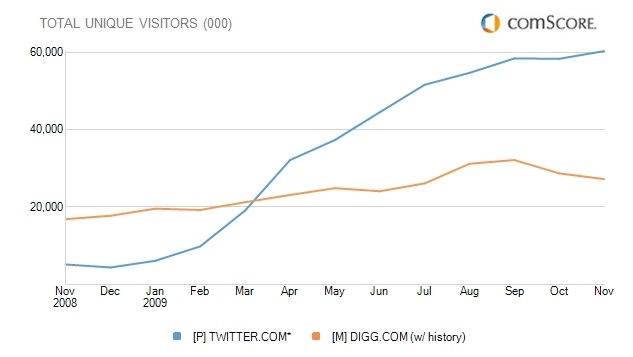