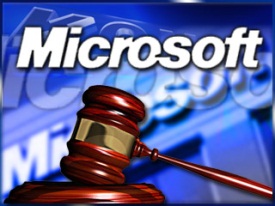 The EU said this morning that it is dropping antitrust charges against Microsoft after the software giant agreed to give Windows OS users a choice of up to 12 other Web browsers, including Mozilla Firefox, Google Chrome, Apple’s Safari and Opera.

Under the terms of the settlement agreement, Microsoft will need to implement a ballot screen that lets users in Europe replace Internet Explorer with another browser, starting March 2010. The deal also means computer manufacturers will now be able to ship PCs in Europe that do not come pre-installed with IE.

If it honors the agreement, Microsoft will avoid further EU fines. Microsoft has already paid €1.68 billion ($2.44 billion) in fines over EU antitrust actions in the past 10 years.

The company did get a warning, though: Microsoft can be fined up to 10 percent of yearly global turnover – without regulators having to prove their case – if the company fails to stick to its legally-binding commitment for the next five years. This commitment will be checked by regulators every other six months, the EU said. The European Union is also able to review the entire deal at the end of 2011.

European Union Competition Commissioner Neelie Kroes in a statement said millions of European consumers will benefit from this decision by gaining “free browser choice”, and that it will also spur browser makers “to innovate and offer people better browsers in the future”.

In December 2007, Opera Software urged the European Commission to investigate Microsoft’s abuse of its dominant market position and the company’s bundling of Internet Explorer with its still dominant Windows operating system. After a two-year investigation, in January 2009, the EU charged Microsoft with monopoly abuse. The anti-trust suit was later joined by Google and Mozilla.

Opera Software was quick to release a statement following the announcement of the settlement. Jon von Tetzchner, Opera’s CEO:

“This is a victory for the future of the Web. This decision is also a celebration of open Web standards, as these shared guidelines are the necessary ingredients for innovation on the Web. Opera has long been at the forefront of Web standards, which ensures that people have equal access to the Web anytime, anywhere and on any device. We see the outcome of the EU’s investigation as a testament to our mission.”

The European Union estimates that some 100 million computers will likely display the screen by mid-March 2010, and around 30 million new computers will show it over the next five years.