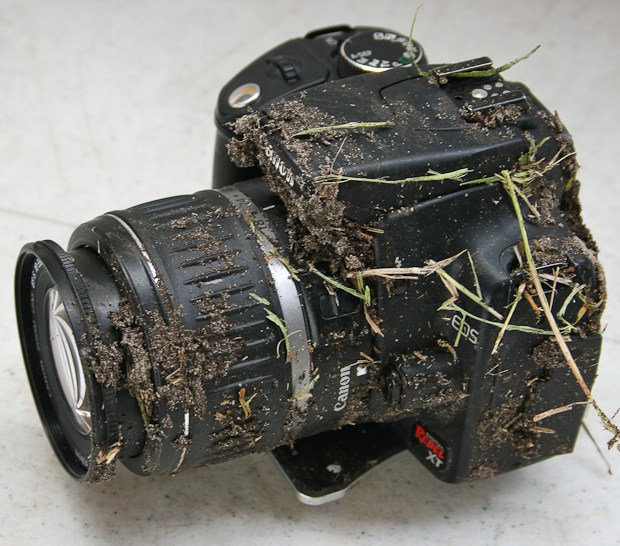 It wasn’t long ago I posted about the weather-resistant qualities of the 7D. I wonder, though, if you drop an entry-level DSLR and a pro one from half a mile in the air, do they stand an equal chance of surviving?

I don’t think anyone is too hot on the idea of testing this question, but one skydiving photographer added a data point unwittingly when his Rebel XT popped off his head at the beginning of a jump. I would have pulled some True Lies-style freefall gymnastics to get it back, but not everybody’s as cool as me and Arnie. 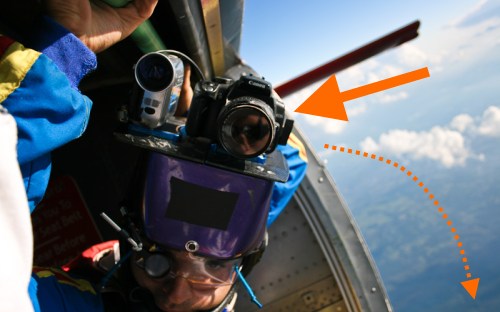 Incredibly, the camera didn’t explode into a thousand pieces on landing — in fact, it sustained only minor damage and both the camera and lens are working! Are you kidding me?

Looks to me like it landed in a bog, or peat or something. That probably helped. Whatever the case, let’s hear it for this heroic little camera.