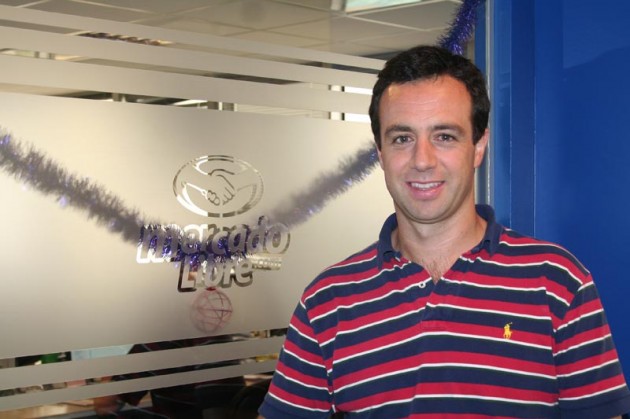 Back before Brazil was the darling economy of Latin America, all eyes were on Argentina—or at least the dot com “eyeballs” were. In the late 1990s, when VCs, private equity houses and wealthy individuals where throwing Internet money around the globe, Argentina got more than its fair share. The relatively small country was home to the fifth-largest number of registered Internet domain names in the world, and in early 2000 the now-defunct Industry Standard estimated that some 50% of the Latin America’s Web startups were concentrated in Argentina.

Of course, when the Nasdaq crashed, most of those global investments did as well. Just like in India, investors bailed on funding commitments happy to write off their far-flung bets and move on. Left in a lurch, most of these Latin American companies went out of business, many others sold, and one—just one—went public on the Nasdaq.

That was MercadoLibre, the so-called eBay of Latin America. And it took until 2003 to take off in a big way and until August 2007 to go public. The company did just $1.7 million in revenues in 2002—that jumped to $135 million in 2008. MercadoLibre’s stock has done well too. Although it’s down from its pre-recession high of $78.81 per share, it’s up some 175% so far this year, giving the company a healthy $2.18 billion market capitalization.

The trends are all going in the right direction for the company. More Latin Americans are adopting the Net, and its PayPal-like product MercadoPago is taking off as ecommerce expands more broadly in the region. There are 600 million people in Latin America, 150 million on the Internet and 40 million of those are MercadoLibre users. Not content to be the eBay and the PayPal of the Latin world, the company has recently launched free classifieds, throwing down a gauntlet to OLX, an up-and-coming Argentine company that set out to be the world’s Craigslist. OLX has a more global focus, operating in 80 countries and in 40 different languages.

[Gossipy side note: OLX was founded by Alec Oxenford—the same guy who started DeRemate, one of MercadoLibre’s chief rivals back in the day. DeRemate eventually sold to MercadoLibre in 2005, so Oxenford and his partner started OLX. And now MercadoLibre is competing with them again by going after the classifieds market. And if that’s not enough insidery coincidence, OXL is backed by Peter Thiel, the PayPal co-founder who made his money from selling to—you guessed it!—eBay, part-owner of MercadoLibre. Confused? You won’t be after this episode of Soap.]

MercadoLibre isn’t exactly a cutting-edge company, but here’s why it’s important. I met a lot of young, hopeful Web entrepreneurs during my trip to Argentina last week. Unfortunately, most of them said they consider success to be selling for a few million to a U.S. company. While they may be big believers in the talent in Buenos Aires, the entrepreneurial resilience found there and the strong creative class, they complain there’s not a large enough local market and tapping into inward-looking Brazil is almost as hard for them as tapping into China. One of the few local venture investors I spoke with described his model saying, “Copy cats and early exits. That’s what I’m looking for.”

I get the practicality of using any level of wins to build a venture ecosystem, but aiming small is dangerous thinking. That’s about building an ecosystem of mercenaries, not innovators. To state that as the ultimate goal is like admitting to the world that Argentines don’t think they can innovate on the Web. And if they don’t believe in it, why should anyone else? Also, who said the business of startups was supposed to be practical? You want practical? Work for a multinational and invest in mutual funds.

So the fact MercadoLibre was able to go public on the Nasdaq, create a big market in Brazil and continue to thrive makes it an important role model, even though, yes, OK, it’s “just a copycat.” (Regular readers know I hate that word as a negative description of International startups, as much as I keep finding myself using it.)

I spent some time in Buenos Aires with Ignacio Vidaguren (pictured above), one of MercadoLibre’s early executives, to get some advice for this much-too-pragmatic Argentine entrepreneur class. What had MercadoLibre done right that even all those other frothy 1999 Argentine startups hadn’t?

Vidaguren fully admitted the company benefited from a lot of lucky timing, but it was scrappy enough to take advantage of it. The company first got its start in 1999 when Marcos Galperin—then at Stanford Graduate School of Business—offered to give John Muse of private equity firm Hicks, Muse, Tate and Furst (now called HM Capital Partners) a ride back to his private plane after a guest lecture and pitched him on an eBay-of-Latin-America business on the way. Muse invested. The company burned through some of that cash with some ill-advised TV ads, but learned quickly and was lucky enough to raise another $45 million round in May 2000, just as the market was crashing.

MercadoLibre pulled the handbrake on spending hard. No more expensive branding, no more business class flights, no more perks of any kind. In 2001 it got another boost when eBay picked MercadoLibre to be its Latin American partner, over larger competitors. eBay treated the young company like part of the family bringing MercadoLibre executives into company meetings and giving it advice on what had worked for eBay and what hadn’t. For instance, MercadoLibre has always relied more on the fixed price model that eBay has striven to increase in its selling mix. 90% of MercadoLibre’s items are sold at fixed prices, and 80% are new items, making the company a bit more like Amazon than eBay in practice.

So a lot of Vidaguren’s advice for Latin American startups may sound obvious. Hoard your money. Get to profitability. Don’t give up on a market that’s growing more slowly than people expected as long as it is still growing. And watch your competitors closely: Copy what worked for them, avoid what didn’t.

But MercadoLibre did make one notably gutsy move that flew in the face of advice from US investors: Focusing on the Latin American market, not the Spanish speaking US market. While many younger companies talk up the idea of “being global from day one” ten years later, MercadoLibre still focuses on its home continent. “A lot of people are aiming for the world market, but for us, Latin America is still a challenge,” Vidaguren says. “You have to be able to convey a pretty compelling story before you can be global.”

But all that aside, it’s an important role model for a country that suffers extreme vicissitudes in economic and political fortunes and is frequently treated like the less-sexy Brazil in today’s global economy: You don’t have to sell just because you’re from Argentina. You can go public. MercadoLibre did.