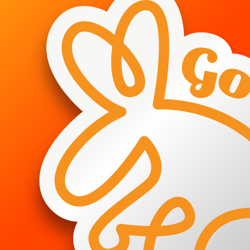 Austin, Texas based mobile social network GoWalla’s pre-money valuation in their recent financing was $20 million, we’ve confirmed from multiple sources. The company raised $8.4 million in that round, making their post-money valuation $28.4 million.

That’s not bad for a service that launched just months ago and has 50,000 users. Part of GoWalla’s valuation is based on their PackRat Facebook application that still brings in “single digit millions” in revenue. But it’s clear that Greylock, Shasta and the other investors in that round are focused on GoWalla’s mobile strategy.

NYC-based competitor foursquare has just over 150,000 users, and has raised just $1.35 million in funding. Their products are similar – users “check in” to places they visit. Friends can see where they are, and vice versa.

This clearly seems to be a winning model. Mobile social networks have been evolving briskly over the last couple of years, and the location based check in model seems to be what people want. Both services are expanding quickly, and passionate users chirp constantly about the services.

Facebook and MySpace continue to sit on the sidelines and take a wait and see approach. That’s probably fine for Facebook (here’s why). But MySpace doesn’t have the luxury of waiting. One strong strategic move they could make immediately is to jump headfirst into this space, damn the privacy issues. MySpace may even want to do this under a separate brand. But whatever – getting their bands and artists to use the feature will lure in lots of others. This is a wide open space. The model that users want seems to be set. It’s time to move.