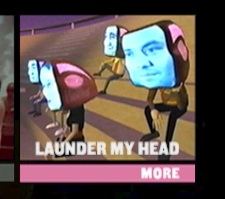 Editor’s note:  This guest post is written by Seth Goldstein (@seth),  the Co-Founder of socialmedia.com, which is building the first ad server based on people not pages. Its platform provides authoring, serving and reporting across different types of social media. All of its ads are real messages from real people. Seth is also the Co-Chairman of the IAB’s Social Media Committee.

We are witnessing a profound change in the media and advertising industries due to the emergence of social media.  Companies that did not exist ten years ago, like Facebook and Twitter, have captured significant share of the attention economy from traditional publishers.  Underscoring this trend is the fact that at the same time that Businessweek was selling for less than $5 million (plus assumption of debts) to Bloomberg, Foursquare’s pretty cousin Gowalla drove up Sand Hill road and collected $8.4 million for a minority stake.

Amidst this disruption, media companies are chasing after “their” audience in order to continue to broker the attention of that audience to marketers.  But just at the moment that media has mastered the art of blogging, search engine optimization and CPM yield management, they are now faced with a new set of consumer behaviors that elude their programming faculties: mobile devices, location-based services and the social graph.

Driving this change in consumer behavior is the emergence of social media as a means of content production.  Social media started more than ten years ago with online personal communications tools such as Evite, Shutterfly and Blue Mountain Arts.  Since that time, systems have been built to support broader and more subtle social interactions.  This has been achieved primarily by the introduction of new creative formats that make it easy for individuals to express information about themselves (such as status updates, tweets and check-ins) and new distribution models that enable this personal information to be shared easily among friends and followers.

Social media’s ascent has led to an Internet experience based less on pages and more on people.  As a corollary to this (and counter to Marshall McLuhan’s thesis), the medium is no longer just the message.  The permanence of words and images and their meaning in context has long been promoted as a foundation of media theory.  In an increasingly real-time environment, however, content gives way to identity, and traditional contextual analysis gives way to dynamic social interactions.

The medium is the message . . .  is the member.  This is why there can be no discussion of social media without a simultaneous discussion of identity, and why the growth of social networks such as Facebook and Twitter are one and the same with the growth of identity systems online.  There are a number of technology and business trends that are converging around this thesis.

Here are some that seem to be of particular importance as we head into 2010:

So what are media companies and advertisers to do as the former audience use their social identity as a fulcrum for content creation?  To prepare for this change in the media economy, companies need to establish an identity framework that integrates Facebook Connect and/or the Twitter API.   And in order to profit economically, startups might want to address one of the agency, publisher or advertiser challenges listed above.