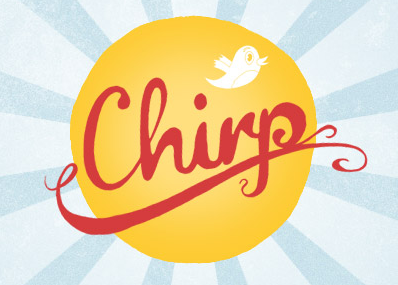 Today at Le Web in Paris, Ryan Sarver (a participant in our RealTime CrunchUp last month), Twitter’s Director of Platform announced a new conference that will take place next year in San Francisco: Chirp.

The conference, which will be geared towards developers, is likely to be similar in some ways to Facebook’s F8 conference that is held each year in San Francisco. Not too many details were given but there is a landing page up already for the event (which is scheduled to take place sometime in 2010).

At the event, Twitter will likely have a lot to talk about as there are already over 50,000 apps in the Twitter ecosystem. And next year the company plans to open the so-called “firehose” of data to all companies that want access, Sarver announced today.

And there is a new developer website launching next week that will include things such as a status dashboard, tutorials, and more.

Update: As he let us know in the comments, it looks like Ryan Carson of Carsonified will be producing the event. Carson is known for putting on the popular Future Of Web Apps (FOWA) events.