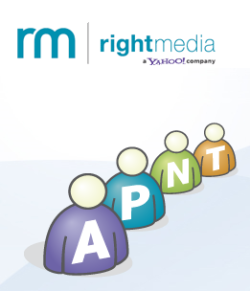 Right Media, the ad exchange that was acquired by Yahoo in 2007 for a reported $680 million in cash and stock, has recently seen its founder Michael Walrath walk away from his job as Yahoo’s SVP of Advertising Strategy.

When the announcement of Walrath’s departure was made, Yahoo at the same time declared that it would be shifting strategy for Right Media by placing more emphasis on serving as a high-quality, premium marketplace rather than contuining to be an exchange platform for large volumes of ad networks, including many small ones (zing!).

They’re now making good on that promise by confirming that Right Media’s DMX (Direct Media Exchange) platform will be shut down on January 31, 2010.

Why are you discontinuing the DMX platform?

Right Media and Yahoo! have made a strategic decision to focus our business on becoming a premium and differentiated exchange marketplace. As such, the executive team made the difficult decision to discontinue supporting DMX.

How does this affect me?

While we do not comment on the particulars of contractual relationships with third parties, we have asked participating networks to satisfy all payment obligations through January 31. Please check your agreements to determine your partners. payment obligations.

Probably the right move for Yahoo to make, but pretty brutal for the lot of small ad networks that built their business on top of Right Media’s solutions.