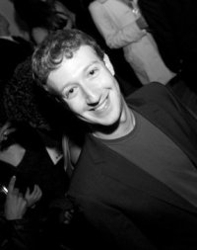 Facebook CEO Mark Zuckerberg has just written an open letter to Facebook users regarding a privacy overhaul that is due to hit the site in the next few weeks. Soon, users will be able to selectively choose, on a per-post basis, who can see the content they post to the site. Facebook is also going to remove regional networks entirely, largely because some of those networks (like China) consist of millions of users, which makes them useless from a privacy standpoint. If these changes sound familiar, it’s because Facebook actually announced them way back in July. Zuckerberg also notes that Facebook now has 350 million users — it has added a whopping 50 million of them in the last two and a half months.

Alongside the regional network change, privacy controls will be simplified. As Facebook rolls out the new privacy settings, users will be presented with a page designed to walk them through the new options. Depending on your current privacy level, Facebook will make recommendations, though you’ll be able to change them as usual.

Back when Facebook first announced the changes last July, it sounded like the site might go in that direction. But it may have had a change of heart, which could have been the cause of the delay. Facebook has started to backpedal from the Twitter-like redesign it launched in March by working an old-style News Feed back into the homepage. Perhaps the site has decided to favor privacy over real-time. We’ll find out in the next few weeks.

We’re adding something that many of you have asked for — the ability to control who sees each individual piece of content you create or upload. In addition, we’ll also be fulfilling a request made by many of you to make the privacy settings page simpler by combining some settings. If you want to read more about this, we began discussing this plan back in July.

Since this update will remove regional networks and create some new settings, in the next couple of weeks we’ll ask you to review and update your privacy settings. You’ll see a message that will explain the changes and take you to a page where you can update your settings. When you’re finished, we’ll show you a confirmation page so you can make sure you chose the right settings for you. As always, once you’re done you’ll still be able to change your settings whenever you want.

We’ve worked hard to build controls that we think will be better for you, but we also understand that everyone’s needs are different. We’ll suggest settings for you based on your current level of privacy, but the best way for you to find the right settings is to read through all your options and customize them for yourself. I encourage you to do this and consider who you’re sharing with online.