You might find this suprising, but the top social gaming companies on the iPhone are not the same ones you know of from Facebook and MySpace. Zynga, despite $54.2M in funding, has hardly made a dent on the iPhone. Neither has Playfish, which was recently bought for $300M. Playdom hasn’t done squat, either. Although “the big three” of social gaming are great at online games, they aren’t doing too well on the iPhone. For example, Zynga’s Mafia Wars game hardly hit the top 25 throughout its time on the App Store.

One company that is cleaning up on the App Store is Playmesh, a small startup with only 5 employees (4 of which are founders). They’ve had 15 apps on the App Store, and just announced that their iFarm iPhone App [iTunes link] has been downloaded 1 million times in just 10 days. Though just a free app, 1 million downloads in such a short time span is extremely impressive. Other than ngmoco’s Eliminate Pro, I haven’t heard of an app that’s done better on the App Store. 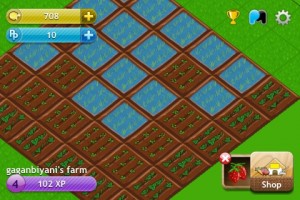 But more impressive than iFarm’s success is the business that 23-year-old UCLA graduate and Playmesh CEO Charles Ju has managed to create. They’ve had 6 top 25 games since they started in January. Charles wouldn’t disclose revenue numbers, but he did say that Playmesh has 5 million users and 10 million downloads. They develop exclusively on the iPhone, and are able to generate between $0.50-$1 Average Revenue per User. That’s because they’ve mastered the two primary pain points of the App Store: distribution and monetization. They first launched a social gaming app in January, a game called iMafia [iTunes link], a clone of the popular Mafia Facebook games. Back then, says Charles, distribution was easy as long as you’re game was viral and encouraged organic growth. Slowly, over the next few months, they generated an install base that is extremely powerful. Now, anytime they launch a game, they simply promote it in their existing apps and immediately enter the Top 100. In this way, distribution is easy for them – Charles did note, however, that distribution for new app companies on the App Store is damn near impossible nowadays. 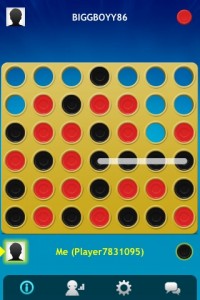 On to monetization. They earn money through two channels: advertising and virtual goods. Games such as Link4 Online [iTunes Link] are powered entirely on advertising, and they have managed to get CPM’s of $1 through Greystripe’s mobile ad network. This strategy seems to be achieving solid results; Link4 Online gets over 1 million plays a day and is #18 on the Top Free list. It’s important to note that they were considering using TapJoy’s platform until “the OfferPal shitstorm” hit, according to Charles. Since then they steered clear of any offer-based revenue.

Playmesh has quietly become one of the biggest social gaming companies on the App Store, despite the fact you may never have heard of them. One of the other major success stories, Storm8, was recently banned from the App Store by Apple due to a scandal regarding illegally-obtained cell phone numbers. Playmesh seems to be right up there with SGN and ngmoco – two of the other major gaming companies for the App Store – but because they’ve got no venture funding and no marketing or PR representatives, they aren’t in the spotlight quite as often. One thing to note is that Playmesh doesn’t seem to have a whole lot of creativity, unlike SGN and ngmoco. Their most successful games are just rip-offs of existing games – in fact, many of their games use the same back-end but are simply re-skinned and re-purposed under different names.

Regardless, Playmesh seems to be a great Silicon Valley success story; they’ve hit two hot trends at just the right time: social games and the iPhone App Store. They aren’t looking for funding (Charles says they don’t need it), and are currently open to merger and acquisition offers.