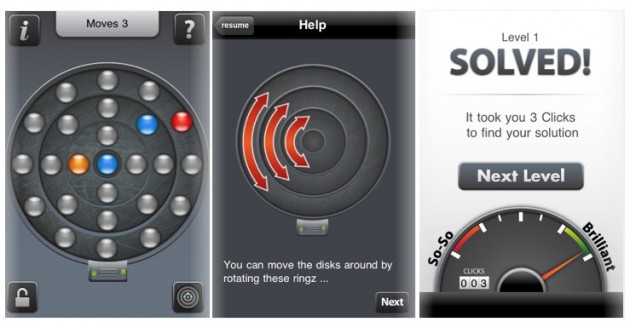 Apple made it possible for iPhone developers to offer in-app purchase five weeks ago, an option Android devs currently don’t have. But now Shanghai-based mobile technology company Urbian found a work-around to enable in-app purchase, saying they’re the first developers that did. The app in question is Ringz, a puzzle game that’s available for free on the Android market (the iPhone version is in review by the way).

Ringz lets you buy and download more levels (so-called Level Packs) from within the app. If the extension is returned or deinstalled, the extra functionality disappears from the base application. Urbian says some users tried copying the Level Pack files to a different path on an SD card to return them later and then use the extension for free – but this won’t work with their app.

Please click on the following graphic Urbian prepared for MobileCrunch to see how the work-around works. 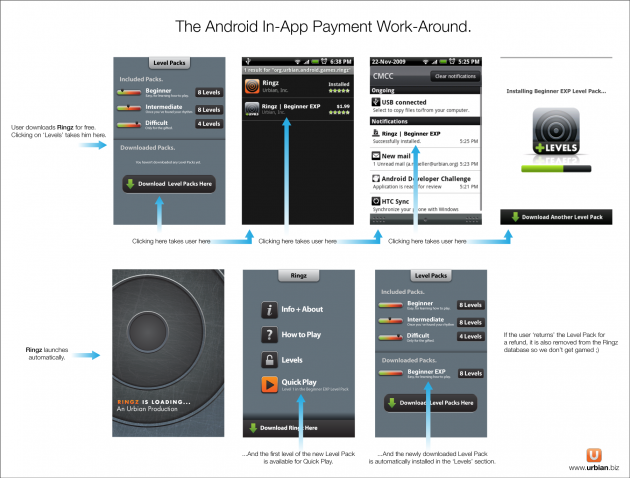