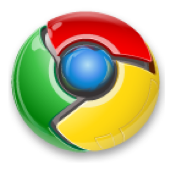 This morning Google unveiled its much-anticipated new operating system, Google Chrome OS. We were there to liveblog the event, and we also captured a portion of the live video stream that Google was broadcasting. This clip below includes a look at Chrome’s incredibly short boot time (clocking in at only around 7 seconds for a cold boots), some of the apps ChromeOS will be able to run, and the operating system’s interface. Google says that the UI will likely change significantly before Chrome OS ships, but this gives us some idea about how it will work.

Check out the video below.