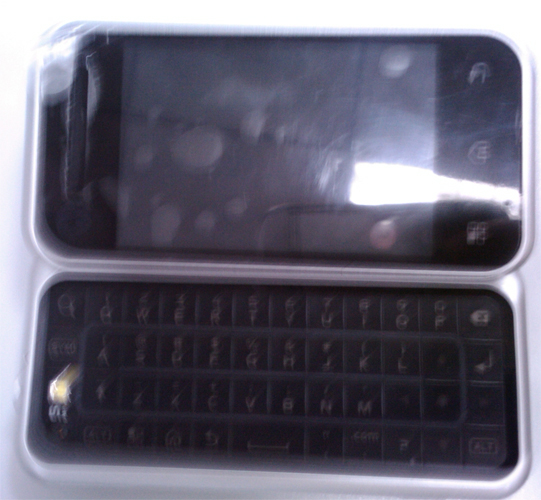 There seems to be an unspoken style guideline amongst spy shot shooters: find the worst lighting possible, ditch the flash, and down 3-4 cups of coffee before snapping away. Unfortunately, the spy behind this shot of the Android-powered Motorola Motus played by all the rules.

According to the ol’ Rumor Mill, the Motus will tout a 3.1″ 480×320 touchscreen, 802.11b/g WiFi, and a 5 megapixel AF when it launches in Q1 of 2010. Those specs (mainly the screen) put it somewhere below the Droid on the hardware totem pole, but man – look how huge that keyboard is. That thing’s either going to be incredibly amazing, or absolutely unusable.