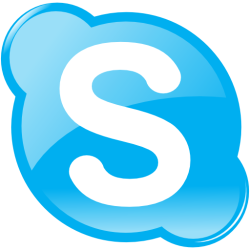 eBay has just announced that it has completed the sale of Skype, valuing the company at $2.75 billion. The investor consortium who is the buying party and will control an approximately 70 percent stake is a group led by Silver Lake Partners and includes Joltid (i.e. the company founded by Skype’s original founders) and “certain affiliated parties”, the Canada Pension Plan Investment Board and VC firm Andreessen Horowitz.

As previously announced, eBay received approximately $1.9 billion in cash and a note from the buyer in the principal amount of $125 million. The company also retained an approximately 30 percent equity investment in Skype.

The company also purchased senior debt securities with a face value of $50 million as part of a Skype debt financing.

The news of the completion of the sale of the successful Internet communication company comes two weeks after Skype founders Niklas Zennström and Janus Friis announced that they had reached a settlement with eBay in return for a 14% stake and board seats, clearing the way for the deal to close after some very public legal quarrels.

As you may remember, Andreessen Horowitz partner Marc Andreessen swiftly deemed Skype one of the most important companies on the Internet after the settlement was reached and announced (and made quite a strong case for it).

TechCrunch was first to report the imminent sale of Skype to the investor group back in August 2009 and shortly after confirmed that the deal would value the company at $2.75 billion. As a reminder and just for reference, eBay bought Skype in 2005 for $2.6 billion, although eBay has since written Skype down to $1.7 billion.

You won’t hear me say it was the smartest acquisition eBay ever made – not buying the actual core IP was downright idiotic – but they did kinda ok with it in hindsight. Let’s not forget eBay still owns a little less than one third of the new Skype either.

In the words of Skype CEO Josh Silverman: say hello to the future.

How much bigger can Skype get on its own two feet?

(Thanks to @YarinHochman for the tip)