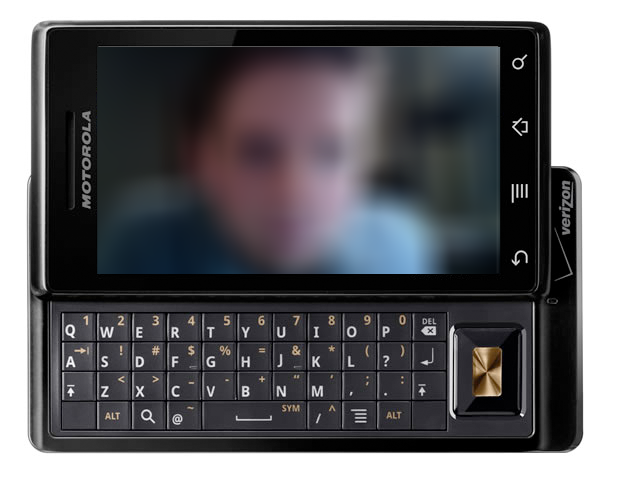 Here’s a weird one for you: A few hours ago, Motorola DROID users began reporting that the cameras on their handsets were suddenly.. better. The camera’s ability to auto-focus, which I’d railed in our review of the product, seemed to drastically improve overnight. And it did!

Most assumed that Verizon and Motorola had managed to sneak out some sort of stealth over-the-air update, patching the camera’s settings on the fly. A number of sites reported as much. Some even took offense to this idea, declaring that such things shouldn’t be allowed without their explicit permission. According to the folks that should know best, there was no over-the-air update at all; the camera fixed itself, and in 24.5 days, it’ll break all over again.

Almost immediately after the fix, users began to dig. One clever fellow went out on a limb, and set his Droid’s clock back two days – and sure enough, the camera lost its newly gained auto-focusing abilities.

According to Google Engineer Dan Morrill, there is an unfortunate bug in the Droid’s autofocus routine. It improperly rounds a timestamp used in the calculations, which somehow throws the entire focusing process off. Today it works, and tomorrow it will work…but 24.5 days from now, the bug will be back. Hopefully Motorola and Verizon will have pushed a (non-stealthy) fix by then.

This isn’t the first time a clock has been the root of a glitch; in December of 2008, 30GB Zunes around the world suddenly stopped working. It was later revealed that the Zune failed to account for 2008 being a leap year. Once January 1st, 2009 rolled out, all of the Zunes were back in working order.