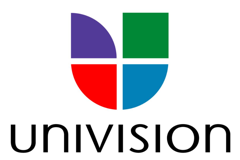 YouTube has just announced that it has partnered with Univision, the United States’ most popular Spanish language network, to bring a selection of its content to the world’s most popular video site. The agreement includes rights both to short clips and full length content.

Videos will be drawn from the Univision network, TeleFutura, and Galavision, and will also include footage from special events. Content will be rolled out over the course of the next few months. This is the first time Univision content will be available on the web outside of the network’s own properties, though this is a nonexclusive deal (don’t be surprised if we see similar content pop up on Hulu, TV.com, or other media portals soon).

Univison says that while the US Hispanic audience online is growing faster than the total market, it has been underserved so far despite the boom in online video over the last few years. YouTube says that Latino viewership has increased by around 80% in the last year.