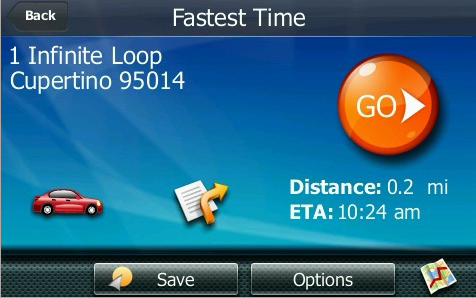 Google might be in the middle of turning the navigation market on its head with hints that their free turn-by-turn service might make its way to the iPhone, but that’s not scaring the big players away. TomTom and Telenav have both been on the platform for months and show no sign of turning tail, and now another big-name has jumped into the mix: Magellan.

Just minutes ago, Magellan announced that their first application, Roadmate, has hit the App Store at an “introductory price” (which, more often than not, tends to be the final price pitched as “introductory” for the sake of pumping launch sales) of $79.99.

Much like the competition, Magellan has also announced that they will be offering a vehicle-mounting cradle in December. Magellan’s cradle will be a feature-for-feature match with TomTom’s, with a built-in GPS receiver for improved accuracy, an amplified speaker, and a charging dock. At $129, Magellan’s kit will be roughly $9 more than TomTom’s – but their application is $20 cheaper, so it all works out in the end, right?